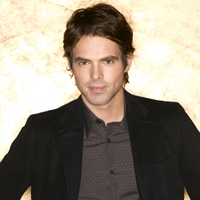 Patrick, Robin, Matt and Steve prepare for questioning from the board on Elizabeth’s competence. Elizabeth confesses to Siobhan that her error almost resulted in Siobhan’s death.

While Jax warns Shawn he will be eviscerated on the stand, Carly confides in Jason that she never wants to marry again now that Jax has shown his true colors in winning custody of Josslyn. Carly screws up big time when she loses her temper in front of the court-appointed mediator, to Jax’s delight.

Anthony reveals his plan to kill Brenda to destroy Sonny and “make him bleed.”

Jason and Sam continue dodging the topic of getting married as they discuss what is happening to Carly and Jax’s marriage and family.

Blindsided by Abby and Ethan’s purposeful flirting, Kristina vents to Michael and remains ever more determined to win Ethan. Meanwhile, Ethan warns Johnny to keep his father away from Kristina and admits he cares for her.