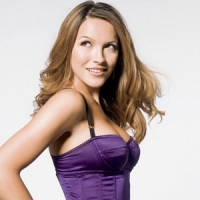 Jake tells Amanda that he knows it must have been hard to hear from Cara that she has an STD and stresses that she must tell her former partners, including JR and David. Amanda admits she slept with JR after watching him and Cara in the tent. Jake blames JR for taking advantage of Amanda and blames himself for driving her to this after indulging in a fantasy of what he and Cara had. Jake says he doesn’t hate her but she feels a rift between them. Jake confides in Tad that Amanda slept with someone else but doesn’t say it was JR. Tad advises Jake to ask himself if he still wants this marriage.

Bianca pulls back from the kiss and says she can’t do this; she doesn’t want to lose her best friend. Marissa’s hurt while Bianca thinks its better this way. Marissa tells Scott she just avoided making a huge mistake. Scott thinks she’s referring to JR and says he’s no good. Bianca asks Kendall for some advice on love. David finds JR just as he’s about to attend an AA meeting and Tad tells him to leave JR alone. Tad wonders what has JR on edge and all he’ll say is that Scott is undermining him as he tries to make things right with Marissa. As Dixie sleeps, she remembers holding JR as a baby and saying what big plans Adam had for him, but that he is her little boy too. She mutters in her sleep for Tad to save her baby. JR’s staring at a drink on the bar and says he’s not bad enough to be Adam’s son but not good enough to be Dixie’s. Tad thinks if JR takes a drink he’s just confirming the voices in his head that are telling him he’s no good. Amanda finds JR and tells him she told Jake the truth and that he forgives her. She asks if he told Marissa about the STD and he says no. JR finds Marissa and asks her to admit there is something between her and Scott. She tells him it’s not Scott, its Bianca (Bianca overhears them talking).

Kendall admits to Bianca that she has feelings for Griffin butis upset that he’s put up a wall between them.