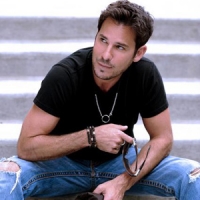 Amanda is nervous about her test results. Jake confirms she has cancer. Amanda starts immediately planning for the future, telling Jake she wants him to remarry so Trevor has a mother. Jake doesn’t want her to go there since she is going to win this fight. He’s going to be with her every step of the way and will not let her die.

After Mookie drops Maya off at the Hubbard’s, Angie gets the impression he’s controlling, like her father, and admits he made her give up her first child. Maya starts to cry and says that while Mookie is possessive they love each other. Jesse gets back the DNA test results which prove Maya is Lucy’s mother. Brot tries to calm down Jesse’s fears that Maya is there to reclaim her baby while all Jesse can think about is what will happen if Angie learns the truth. He needs Brot to find out if Maya knows Lucy is her baby. Not knowing what’s going on, Frankie reassures his father that he has nothing to worry about with Maya when Jesse asks how they met. Jesse gets an even bigger surprise when Angie tells him she’s asked Maya to move in and be their full time nanny.

Jackson’s afraid everything is spinning out of control. When Opal overhears that Erica is not allowed any visitors she tells Jackson they have to get her out of there. Jackson tells Opal the story Erica’s told about just being released from the kidnappers and she thinks it explains why they didn’t recognize Erica when she came back. David assures Kendall that he’s done with Erica and she belongs to Jackson. Kendall can’t understand how Griffin can work for David and wants to know everything. Unfortunately he can’t tell her and Kendall says she can’t be with him. Griffin understands, until he can be honest with her they don’t have a chance.

As David’s on the phone trying to find Dixie she’s out hiding in the bushes.