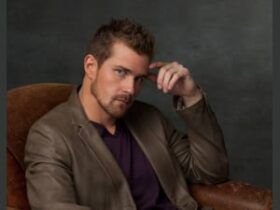 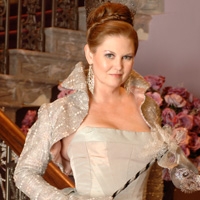 Seeing the remnants of Tad’s service for Dixie, Kendall admits that she’s not having the easiest time moving forward. Tad & Cara toast to their future. Jake & Amanda reel upon learning her diagnosis on Tuesday, July 26. Amanda confides in Cara and later learns about the possible courses of action to treat her cancer. Brot tries to calm Jesse after he receives the confirmation of his worst fear. Angie convinces Maya to move in with her and her family. On Wednesday, July 27, Jesse feels the pressure as both Angie & Frankie begin to question his issue with Maya. Angie & Mookie face-off. Madison & Scott take a small step back towards each other.

The Inside Story: The Walls Between Us
Erica ends up back in lock up after using extreme violence to deal with David’s extreme trouble-making. Janet welcomes Erica to Oak Haven. Griffin tells Ryan that he is not willing to compromise Project Orpheus. Ryan asks Griffin if he is prepared to shoulder the responsibility if all of this doesn’t turn out how he expected. Ryan fills Kendall in on the situation with Griffin. Kendall tells Griffin their relationship is done after he makes it clear he won’t tell her the truth even on the off chance it affects her mother. Kendall confronts David. Jackson realizes Erica was telling him the truth about the kidnapping after a heart to heart with Opal. Tad & Opal help Jackson get into OH to see Erica. Jackson concludes he has to find Ben & Jane’s plastic surgeon after talking to Erica. Unsure of when they’ll see each other again, on Thursday, July 28, Jackson & Erica share a heartfelt goodbye. Erica runs into some more familiar faces in OH. Kendall tells Griffin to receive trust he has to return it. Griffin presses David to tell him everything now that he’s gotten what he wants from him. Greenlee tells David she hasn’t told Ryan about them as she needs to know what he did to her and if she is going to die first. David agrees to treat Greenlee at a secret site. Griffin reevaluates the decisions he’s been making after talking to Cara. David mocks Griffin for turning down the chance to bring people back to life for a woman; adding cryptically, a woman that he might not have a chance with anyway.

A Closer Look: The Living Days
On Monday, July 25, a suicidal JR has an interesting face to face with Dixie. Too drunk to realize she wasn’t just a figment of his imagination, JR thanks his mother and takes off to retrieve AJ. JR lashes out at Krystal when she’s unable to produce AJ. JR breaks down after getting physical with Krystal. Tad confronts JR who makes an odd comment about Dixie. JR mocks Tad when he appears to be taking the recent Dixie sightings too seriously. David desperately searches for Dixie. In the park, Dixie makes a run for it when Brot confronts her. Brot tells a preoccupied Jesse about the woman in the park. He takes Dixie to Oak Haven after running into her again. Dixie freaks out after being locked in a cell. JR & Scott discuss family and business. Scott tells a brooding JR he had his son until he started drinking again as AJ tells Tad he doesn’t want to see his father. JR loses his temper while trying to apologize to Marissa & Krystal for earlier. Tad pushes JR into the pool to get him to cool down. JR opens up a bit. Cut to the core by AJ’s words and actions, JR takes off on his own with a bottle of booze and Bianca soon realizes her car keys are missing. Meanwhile, as she’s being sedated, Dixie cries out “No David.” Tad goes to OH to collect his mother and momentarily freezes outside of Dixie’s door. Still reeling from the moment, back home, he questions Opal about her stay at the mental facility … as Erica runs into his not so dead ex at OH on Friday, July 29.