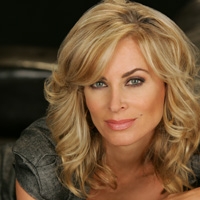 Noah paid Victor a visit at the farmhouse. He was wondering if he had seen Abby at all. Victor explained that Abby needed to take care of her drinking problem and has gone to a rehabilitation center. Meanwhile, Abby, at the rehabilitation center, insisted that this wasn't where she belonged. The attendant that she was talking to told her she was there was a reason.

Michael ran into Diane at Gloworm. He was surprised that she was talking to him. She said that he wasn't to blame for Victor's deeds. Michael pointed out that if she had left town when he told her to, she wouldn't be in the mess she was in with Adam and Jack. He warns her that if it's found out that she was in cahoots with Jack and Adam to mess up the IPO, she's going down hard. He left and it was clear that Diane was greatly scared.

Neil and Ashley arrived at the hospital to check on the condition of Tucker. Katherine was a bit bothered when talking to Ashley about Tucker, who she said was asking for her. When Ashley went into the room, Neil commented on how kind Katherine was to let the two of them be together.

Devon and Michael ran into one another at Crimson Lights. He pleasantly shocked Devon with his knowledge of Noah and his hard work on the album. Going out to the patio area of the coffee house, he called to speak with Eden but was unable to get in contact with her. When Noah met up with Devon at the coffee house, Michael wanted to know if he has spoken to Eden. Noah said they lost touch when he left Paris. A concerned Michael said he needed to talk to her.

In group, Abby reluctantly said down. They were getting ready to start when a girl ran in, taking her seat. Abby was stunned to see that the girl was Noah's ex, Eden. When the mentor requested that Abby introduce herself and why she was there, she joked that she was there to make her father happy and that she wouldn't be there long. When a problem arose, the mentor left to take care of it, leaving Abby and Eden alone to confront one another. Eden didn't buy Abby's story about being there to make family happy; and Abby didn't buy that Noah wasn't the real reason why Eden was in rehab. When the two go at it at one another, the mentor spots them talking and tells them that since Eden is a senior member of the rehab center, she will be Abby's buddy to do things. Eden and Abby look on at her in dismay.

Katherine showed up at the ranch and wanted to know from Victor if he was aware about Abby hitting Tucker. Victor, as Ashley, lied and said that Abby wasn't the driver of the car. Katherine became frustrated and said she wanted to know what was going on and why everyone was trying to keep things from her. Victor told Katherine to focus on the fact that Tucker came out of his coma and was alive. Meanwhile, Tucker, with Ashley, was trying to look at his medical chart but was unable to read it.

Leslie met up with Neil briefly at Gloworm before making her way toward Diane. Diane was confident that she could help her get out of the charges but Leslie burst her bubble by telling her that it doesn't look good for her. Diane said that she wasn't involved at all but Leslie pointed out that it would be hard to prove otherwise, and that she could face jail time. Leslie further rubbed Diane in the wrong way by quipping that even Martha Stewart managed to survive some jail time. Gathering her things, Leslie left Diane alone. She was soon approached by Katherine, who still wanted to get to the truth about Tucker's accident. Diane insisted to Katherine that she knew for a fact that Ashley hit her son. When she left, Neil approached Katherine and questioned her on if Tucker was aware of all the changes she was making to his company.

Noah beat himself up to Devon about not being there for Abby and the fact that he had to learn that was in rehab from his grandfather. Devon admitted he was feeling bad about not being there more for his own family. While talking, Noah shared that when he broken up with Eden, she said he was just as bad as the rest of the Newman family; he wanted so bad to prove that it wasn't true. He soon called the facility to find out times he could visit Abby. Back at the facility, Eden told Abby that she was doing well at the center but her time was soon over. Abby wondered if she was going to head back to Genoa City. Eden said she wasn't going back because she didn't want to see Noah anymore.

Michael went to meet Victor. He learned that Victor was aware that Abby hit Tucker. Victor wanted to make sure that the case would never make it to trial. Michael mentioned that there was a witness that saw the accident. They both chuckle that the witness was Diane. The two soon decide to work to get Diane to do what they wanted. After making a phone call to her, they stunned her when she arrived to see them together. Victor tells her that he has a plan to make all her problems disappear.

At the hospital Tucker tells Ashley he wants to marry her: now. They are soon surrounded by hospital staff and a minister, who is doing the ceremony. As the two are exchanges their 'I do's', Katherine is making her way back to Tucker's room. She is dismayed to see that the two have tied the knot. 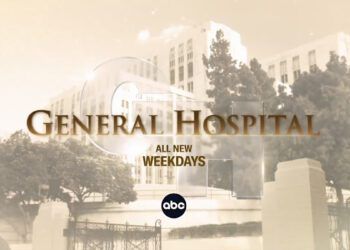 Soap Opera Ratings Report for the Week of December 5-9, 2022 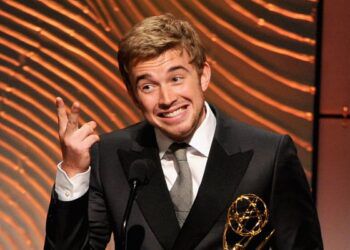