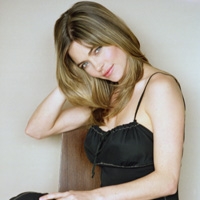 Victoria was still sad over the loss of Lucy and now Billy when Chloe arrived to offer up her sympathies. As Victoria shared her disappointments in not being able to get Lucy back from Phyllis. Chloe admitted that after hearing the news of them losing the baby, she was reconsidering about taking Delia away from Billy. Chloe was stunned when Victoria admitted that Billy moved out of the house.

At Jimmy's bar, Kevin found Billy asleep. When he woke up, Kevin lashed out at him for being a fool for what was happening. A despondant Billy continued to order up drinks and offered one to Kevin. The two continued to talk and share their disgust at what Phyllis has done. After finishing his beer, Kevin left the bar, leaving Billy there to continue is pity party.

At Sam's farm, Piper showed up to visit Sharon and the two began working on cleaning up the barn. Piper gushed on how Sam didn't want Sharon to go away but before Sharon could say much, Piper's dad showed up to the barn. The two were introduced and Sharon told him that she had been staying there for a bit, helping Sam out. She freaked however when Piper's dad tok a cell phone call and saw a badge. When he left, Piper asked if Sam and Sharon were going out but Sharon told the young girl that she and her were just friends. Both were unaware that Sam was outside of the door listening in.

Victor and Michael met with and SEC investigator, Gus. Gus shared that they launched the investigation when they felt there was some manipulation with the IPO stock. Both Victor and Michael believed that Adam was the mastermind of the whole plot but Gus pointed out that it would be hard to prove, although Diane and Jack were front and center in the manipulation.

Chloe couldn't believe that Billy would walk on on Victoria but reassured her that Billy would do the right thing and come home. She then offered to help Victoria in anything she needed; one of them being talking to Billy about dropping the custody case. Reed returned home and shared the news about the arrival of Mac and JT's baby. Victoria shared her joy with her son and said they would make a card of congratulations to them. Chloe departed, leaving Reed and Victoria alone. He soon started asking on Lucy and then on Billy. Victoria ushered the young boy to go upstairs to get more crayons.

Adam handed Diane an envelope full of money and told her she did a good job Diane began to worry when Adam talked on how the SEC weren't looking into investigating him. He said thanks to her, she helped keep him in the clear. She was further upset to learn that Jack and she could take the fall with SEC. A smug Adam told her that he played her after she opened her mouth to Jack.

Still drowning his sorrows at the bar, Billy comes face-to-face with Chloe who arrived and spotted him. Seeing him drunk she barks at him about his walking out on Victoria. She tells him that he is only adding confusion to both Reed and Delia with his not being at home. Billy learned about Mac and J.T's new baby. When Chloe left, he called Mac on his cell to congratulate her.

Alone with Sam, Sharon wanted to know why he never shared that Piper's father as a federal marshal. Sam explained that he liked working with a low profile. Sharon headed out of the barn but tripped onto the pitchfork, injuring herself. Sam wanted to take her to the hospital abut Sharon insisted that he treat her there. Sam wanted to know why Sharon was so afraid of being anywhere and to share what was going on with her.

Diane, still fuming over Adam's betrayal, found Kyle at Crimson Lights. He wanted to know why she was carrying a suitcase, and she told him that they were leaving Genoa City. The young boy balked, telling her he wanted to stay there and be close th is dad. She said that they were going to leave and there would be no more talk on it. Unfortunately for her, Gus showed up at the coffee shop and told her that she was under investigation with the SEC. Meanwhile, Victor was determined to make sure that Adam take the blame for the manipulations of the IPO. Michael said he would work on it till he came up with some results. As Michael left, Adam showed up to gloat. Victor said he was going to make sure they get him for his role in the stock manipulation. Adam scoffed and said he didn't do anything. He shows just how much stock he owned and said he would be on the Board of Directors. Taking a seat, he told his father that he should make him co-CEO. When Victor feigned interest, Adam approached him, only for Victor to shoot the chair he was sitting in out of the window.

Kevin and Michel arrived at Victoria's to offer their condolances regarding Lucy. While Victoria was thankful, she didn't want to talk about Lucy. Kevin agreed and departed. Once by himself, he called Mac to congratulate her on the new baby. When he arrived at Gloworm, Chloe met him and shared the news of seeing Billy. She said she was going to drop the case but after seeing for herself what he's resorted himself to, she would go forward in getting Delia. At the bar, Billy stared at a picture of Victoria, Lucy and himself. As for Victoria, she sat alone in tears.