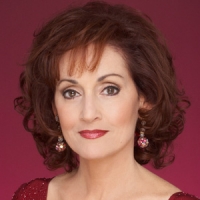 (SoapOperaNetwork.com) — With only weeks to go until her what supposed to be her final tape date on “One Life to Live” due to supposed back problems, Robin Strasser (Dorian Lord) reveals that her stay in Llanview has been cut short by a week. As we previously reported, Strasser was expected to last tape on Friday, July 1. However, earlier this week the veteran soap actress tweeted that she was “JUST told my LAST tape date ‘OLTL’ is Friday, June 24th, 1 week earlier than original date chosen. TODAY’s script: BEST in years. Ironic!”

But that’s not all. The outspoken actress, who has played Dorian on “OLTL” off and on for three decades, gives her fans a few insights into her character’s exit from the show, only months before it wraps production in November, as well as lamenting about her time on the show.

Here is a collection of Strasser’s tweets from the past week previewing what lies ahead for herself and Dorian:

“Have NO idea how they’ll “wrap up” Dorian. Hope I’ll fare better than briliant Susan Haskell. 15 WORK DAYS? Scheduled for 8. Dorian’s disappointing diminishment continues. I was IN, still on show, but clearly ON the bench for years. Going to studio for costume fitting! FITTING! DORIAN Portrait from LaBoulaie? No bull, 2 b auctioned for charity, w/orig. fotos Angela Lansbury, Cherry Jones, BETTE DAVIS by Hurrell TBA.”

“Taping the opening of Vicker Man. It’s my audition tape for a sit-com, becuz it’s SO silly/fun.Wearing gown designed for me by Susan Gammie [‘OLTL’ Costume Designer]. Not feelin’ well-Looked SWELL in glammie Gammie gown. Wish silly David and Dorian movie co-starred NY’s future Mayor AlecBaldwin! Scenes were ‘goodbye’ to Viki and ‘Adieu’ to les Cramers. Working with Erika Slezak, and my girls: awesome. Glad I DIDN’T know demise date. GET OVER MYSELF! Right? Whatz the diff of 1 week? Truth is the show is more important to me, than I was to the show. And so it goes… MAKING PLANS to continue raising awareness/$s for good cause/orgs. Fabulous ‘OLTL’ EP Frank Valentini willing to extend a hand. He’s my HERO.”

Strasser is expected to continue to air as Dorian through at least early August, given the show’s current production schedule, however, a final airdate has not yet been announced.