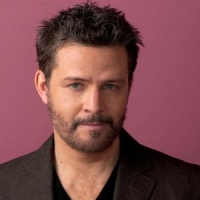 Tomas and Blair and Yvette have spent the night looking for Sebastian, who finally returns and admits he went to Llanview to check it out. Yvette tells Tomas he has to take Sebastian now if he wants her to sign the divorce papers, which Tomas does. Yvette leaves, first giving Blair another veiled warning about Tomas. Blair entices Sebastian to go stay with his father by promising access to the equipment at Capricorn, and he agrees.

Starr tells James about the strange guy who disapproved of her music and put his own on her MP3 player. James insists he’s not jealous, even though Starr wants to hold on to the music.

Téa gives Rex the bad news that she can’t find a way to marry him and Gigi at this point. Echo appears and they deal with the issue that Rex now knows Echo knew Charlie wasn’t Rex’s father. Todd and Jack argue over Jack’s behavoir. They nearly come to blows after Jack pushes Todd’s buttons. Téa arrives and keeps Todd from slugging Jack. John gets the forensics report and at he and Brody arrive and arrest Jack.

Earlier, John notes Brody looks like hell and Brody tells him he’s moved into the Angel Square. John learns Jessica is back and is puzzled as to what’s up between Brody and her, but doesn’t pursue. Jessica and Natalie argue and Natalie finally lashes out at Jessica for abandoning Brody. Jessica points out she didn’t sleep with Natalie’s fiancé, although maybe she should change her ways.

Dorian and David arrive from CA, fighting over an actress whose bra Dorian found in David’s dressing room. He appeases her but then an envelope arrives with incriminating sexy pictures of David and Ionia, the actress. Dorian has a fit but David explains the actress threw herself at him and he kicked her out. Dorian finally accepts the explanation but both wonder who took those pictures, and why. Meanwhile Echo thanks the messenger for delivering the pictures to Dorian.