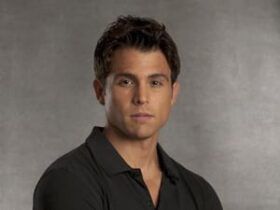 Schuyler’s desperation ends in tragedy as Bo risks his own life to protect Rex. After speaking with Gigi, Nora and Matthew race to the hospital to get word on Bo. Téa makes a beeline for the police station when she learns Schuyler’s been arrested. Greg jumps into action when Bo’s condition takes a turn for the worse.

Fish and Oliver take Sierra Rose home as Fish struggles to grasp the fact that he has a baby daughter. Kyle’s supportive of Fish, saying they’ll figure things out as they go along. Fish wonders if Gigi is still going to pursue custody of Sierra Rose. Roxy’s heartbroken to realize Sierra Rose isn’t her granddaughter after all.

Natalie and Jessica are scratchy with each other as they argue about Jessica’s continued insistence that things aren’t over between her and Cristian. Layla and Cristian make up but her anger returns when he admits he just came from spending time with Jessica.

Destiny and Danielle put their bickering over Langston’s musical on hold while they worry about Matthew and what he’s going through.