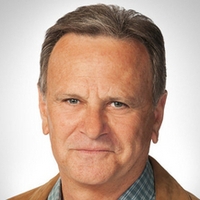 Bo and Nora wrestle with not giving up hope that Matthew will recover.

Ford and Tess are happily post-coital and loving but need to come up with a plan since Tess is AWOL from St. Ann’s and they don’ t have their baby. Tess thinks they have to go to Cutter and get his help. Ford is dubious but goes to seek him out. He asks Cutter to divorce Tess. Meanwhile Tess gloats to her reflection that she really can be happy, assuming it’s Bess. But it’s Jessica. Jessica fights for dominance over Tess and wins, determined to return to her children and Brody.

Meanwhile Brody and Natalie are in afterglow and realizing that they’re a family now. They make love again. Afterwards, they’re kissing when Jessica walks in and sees them.

Rama continues to lie about her pregnancy to Vimal, to Cutter’s amusement. Cris comes to the door and kisses Rama, which Vimal sees. Rama pretends she did nothing to encourage Cris, and Cris chivalrously takes the blame. Rama tells Cutter he’d better back her up or else. Vimal kicks Cris out. Cris admits to Rama that he can’t get her out of his mind and wonders what it means about her marriage that she’s lying to Vimal. Vimal tells the horrified Rama that his parents are coming to see her from India.