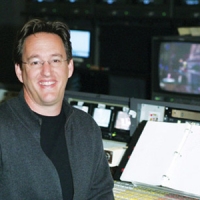 (SoapOperaNetwork.com) — After news broke on Thursday, June 9 that Gary Tomlin was out as co-executive producer of NBC's "Days of our Lives," the two questions left unanswered were whether or not the soap would replace Tomlin or if executive producer Ken Corday would take on full-time duties as the shows sole EP. According to sources, the soap has indeed opted to replace Tomlin with someone new.

The name being circulated since news of Tomlin's ouster became public yesterday has been Noel Maxam, who joined "DAYS" as a Producer/Director in August 2007. In late 2008, Maxam was promoted to Supervising Producer. Beginning his daytime career with "The Young and the Restless" in 1997 as an Associate Director, Maxam directed a number of episodes at the drama series starting in 1999 until his departure in August 2007 to join "DAYS." Both "Y&R" and "DAYS" are co-produced by Sony Pictures Television.

Although a "Days of our Lives" representative was unable to confirm our report of Tomlin's ouster and who would be replacing him, Soap Opera Network has learned exclusively that the soap will is likely to announce the ouster of Tomlin and officially name his successor on Monday, June 13.