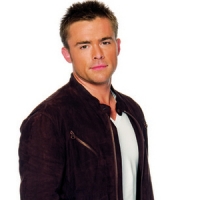 (SoapOperaNetwork.com) — With his on and off screen fiancé Farah Fath (Gigi Morasco) leaving “One Life to Live,” fans have begun to speculate on John-Paul Lavoisier‘s status with the show as well. The actor, however, tries to put the rumors to rest by setting the record straight with Soap Opera Digest.

“I think [the powers that be] want me to go out with the show. I think I’ll be there until the end,” Lavoisier tells the magazine, despite recent speculation that he was leaving “One Life” this fall. The actor originated the role of Rex Balsom in 2002.

As for Gigi, Fath reveals in the same interview that, despite the fact that her character is about to become plant food after Rex makes a bargain with Clint (Jerry verDorn) to get her heart, that “I can’t say that I’m 100% done with the show.” Fath echoed those same sentiments earlier this month in an interview with Soap Opera Weekly.