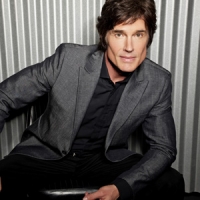 Liam and Hope smooched in Bill's office. Hope noted how much she enjoyed kissing him without feeling miserable. Bill came in and joked that he's the only one who can get freaky in his office. Later he asked Hope for some inside info on Brooke leaving Forrester Creations. Hope said she didn't want to get into it. Bill asked her about the Stephanie Forrester Foundation. Liam asked Bill not to pressure her. Bill got called out for a meeting, but before leaving, he asked Hope to tell her mom to call him so he can get an exclusive. Liam and Hope discussed Brooke and Ridge's marriage breaking up. Hope told Liam she's worried about her mom but she can handle it as long as she has him. "With us together, what could possibly go wrong?"

At Forrester Creations, Stephanie and Marcus discussed Amber and the baby. They both laughed about it but agreed that it'll work out. Marcus told Stephanie that he came to see Eric about giving the baby the Forrester name. He asked Stephanie's opinion on it. Later, Stephanie got a call from Steffy telling her about Ridge proposing to Taylor.

Taylor is speechless after Ridge proposes to her. Ridge said he's home if she'll have him. Taylor accepted Ridge's proposal and they kissed. Steffy was excited about the news, while Thomas was aloof. Steffy and Thomas went outside and Steffy expressed how excited she was. Inside, Taylor told Ridge she was happy about the reunion but was nervous. She said she didn't want this to backfire on them again. Ridge said it wouldn't. "I am never going to forget that Brooke slept with our son," he told her. Taylor told Ridge that she doesn't want to set herself up for more emotional pain and told him she doesn't want to have a physical relationship with him again until they're married. Ridge said he understood. Thomas and Steffy came back inside and Ridge told Thomas that they'd work through their problems together as a family. Steffy took out the ring Stephanie told her to give to her father. Ridge took it and talked about how Stephanie used to frustrate him with all the bad things she said about Brooke. He said what he needed was always right there in front of him and told Taylor that he's taking flight to safety with her and never looking back. Ridge put the ring on Taylor's finger. They kissed.

Donna and Katie tried to make sense of Brooke's admission that she slept with Thomas. Brooke said it didn't make sense to her either. Donna wondered how  it happened. Brooke explained all of the hallucinations she and Thomas went through and how they didn't have a care in the world at the time. She explained that she doesn't remember getting intimate with Thomas, but he does. She promised her sisters she would repair herself for the better. Later, Stephanie visited came to visit Brooke. She told her that she still wasn't comfortable with her name being used for the foundation. "Just because you've lost Ridge doesn't mean you can latch onto me," she told Brooke. Brooke told Steph that she was her inspiration and the reason she's doing all of this. Stephanie told her that she didn't want to be her inspiration and to just leave her out of it. She then switched gears and told Brooke that Ridge proposed to Taylor. Brooke put her hands over her mouth and tears started falling down her face. Stephanie shook her head and hugged Brooke.