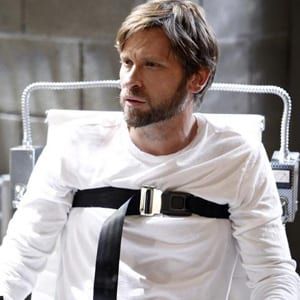 The christening goes well until Aubrey steps forward to address the crowd. Earlier, Aubrey and Cutter review their options now that Clint has disowned Joey. Aubrey reveals that she’s blackmailing Clint, demanding he revoke the prenup and re-inherit Joey or she’ll tell what she knows about his DNA-switching. When Clint fails to take the bait, Aubrey makes the dramatic decision to expose Clint’s manipulations. Kelly and Cutter make a dinner date.

Todd returns the photo album to Blair, who finds the empty space for the wedding picture that somehow turned up in Paris. Blair tells Todd about the mysterious artist who painted her portrait from the photo. Tomas is given Blair’s address and contemplates a trip.

Affected by Dorian’s suspicions, Rex weighs the pros and cons of having another DNA test to determine who is his father.

Echo seizes on the opportunity to be close to Charlie.