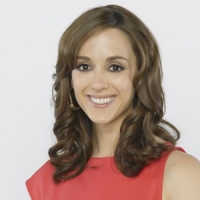 Marissa wants to give JR another shot. Bianca says she just wants Marissa to be happy. Bianca snaps at a guy flirting with her at the bar and tells Kendall she is sick and tired of not feeling safe wherever she goes and she’s trying to shake the bad memories of Ricky & Michael Cambias. When Marissa checks up on Bianca, Bianca admits to Kendall that she can’t lean on her friend because she is falling in love with her. Angry at Scott over his close relationship with Marissa, JR calls Marissa to come meet him at the bar claiming he was hit by a mystery man. Scott shows up and takes the blame, saying he hit JR for no reason.

After bringing up some boxes of designer clothes to her room, Colby gives them to Maya. She opens up about Asher and later tells him that she is scaling back from her vlog so she can help him with his recovery. Colby overhears Maya’s call and assumes she must be talking to a boyfriend. Maya denies, claiming it was her aunt, but when she’s alone she gets back on the phone & tells the person on the other end that she cannot see him tonight.

Liza thinks she can get Griffin off and Tad is grateful. He offers to tell Colby what her mother is doing in the hopes it might help heal their relationship.

Cara tries setting up Griffin and Kendall. Griffin tells Kendall he thinks it’s for the best if he leave Pine Valley after the charges against him are dropped.

Griffin tells his sister he knows what she’s trying to do by setting up him and Kendall. He thinks it’s because she doesn’t want him to miss out on something she wishes she had gone after with Jake. Tad tells Cara that Liza wants to meet with Griffin and is trying to get the charges dropped. He admits he’s not only doing it for Griffin but for her as well.