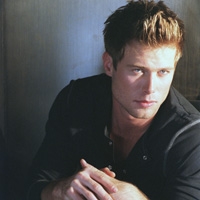 Jake tells Angie he is trying to rekindle his relationship with Amanda and is going to plan a trip and Angie suggests making it a surprise. Amanda confides in JR that she and Jake are having problems because of Cara. She knows her husband and Cara are lying to her and says Cara’s return has impacted her and Jake’s relationship. JR advises Amanda to do some investigating before she decides her marriage is at risk. Tad senses something’s wrong with Cara and she admits she feels bad after lying to Amanda about what happened with Jake at the clinic. Cara dyes Tad’s hair back and says she used to do this for her mom after her father left. When she finishes up she kisses Tad on the lips he thinks she’s trying to prove she is over Jake. Angie tells Tad about Jake’s surprise trip for Amanda and Tad thinks there are too many secret going around these days. Amanda goes to the hospital to see Jake and learns he’s left and Cara is off duty. She heads over to the clinic and finds one of Jake’s buttons and overhears Cara telling Jake she doesn’t want to tell Amanda what happened between them.

“Erica” tells Bianca she wishes people would stop hovering over her and dismisses her so she can talk with David. David continues calling Jane by her real name and she insists he stop. Jane admits to mistakenly telling Erica’s family that she was tempted to drink and now they won’t stop hovering. Jane claims she wanted the glamorous part of Erica’s life, not her family too. In an effort to get Ben’s attention Erica pretends to sprain her ankle while exercising. David tells Jane he knows about the near fatal accident she suffered and that ended her daughter’s life. As Jane recaps the events of that night to David, a sad Ben explains how he caused the accident to Erica. David embraces Jane. Erica attempts to reach out to Ben.

Bianca’s worried about her “mom” talking to David and Marissa asks what she can do to help. JR shares his plan for Marissa at the park with Bianca and she gives him some advice on how to make it better. She warns JR that if he hurts Marissa she’ll hurt him. Marissa is touched by JR’s lunch in the park and wonders how he knew she used to do this with her parents. Bianca apologizes to Krystal for getting on her about Jackson. Krystal understands she was just trying to protect her family and they both talk about finding love.

Angie tells Tad about David’s offer to help her and he offers to investigate David and make sure his claims are legit.