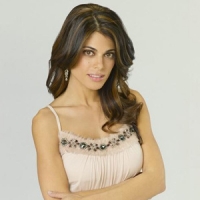 Tad gives Cara a bouquet of flowers and they almost share a kiss. Cara gives Tad the box she found containing a stuffed puppy that once belonged to JR. Kathy tells Cara her mommy would have liked her and Tad agrees. Tad takes the box to JR for his birthday and JR wonders if this is a sign he’s moving on. JR’s happy for him and Tad says Dixie would have wanted her son to be happy too. Cara reassures Opal that she won’t hurt Tad and actually is planning something special for him. When Tad returns he finds his wife looking drop dead gorgeous and Cara asks if she can take him on a real date. They toast to being married for three months. As Tad and Cara’s relationship seems to be moving in the right direction, Dixie is elsewhere, tossing and turning in her sleep, having thoughts of JR as a baby, and him being taken away from her by Adam. She remembers Tad helping her get him back. She also remembers another memory of her and Tad watching a shooting star.

JR apologizes for reneging on his offer to have Amanda take time off. Jake tells JR that Amanda will be unavailable for the next 24 hours and leaves with Trevor to go and prepare a surprise for his wife. JR admits to Amanda he was scared she told Jake the truth but is glad things are turning around for both of them. Amanda arrives home to find Jake dressed up as a pirate and armed with the wine they drank on their first date and feeling guilty she breaks down in tears, saying she doesn’t deserve any of this. Jake thinks he hasn’t shown Amanda how much he loves her and proposes they have another baby. As they start to make love Amanda experiences stomach cramps.

Bianca admits to Marissa that she’s attracted to her but knows nothing can come of it. Marissa’s flattered but says she’s straight. Bianca says she doesn’t want her feelings to get in the way of their friendship and Marissa appreciates her honesty. She wonders if she should go and be with JR on his birthday and Bianca offers to watch AJ. JR’s surprised when Marissa returns home and kisses him passionately.