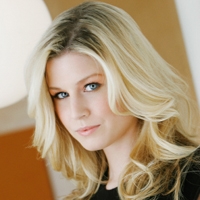 Madison tries hard to keep her mind off of the baby but when she finds something from the shower she’s hit hard. Scott shows up and bears the brunt of Madison’s wrath as she goes off on him. Greenlee and Ryan realize they haven’t been out in a while. She knows he’s been struggling with the loss of his baby but Ryan says he’s fine. Kendall and Griffin join Ryan and Greenlee’s celebration. Ryan abruptly leaves to go and help Madison after Scott fills him in on what’s going on. Ryan comforts Madison.

Griffin shows up at Kendall’s house with lunch from the earlier gathering that was cut short. Kendall shares with Griffin a personal story about the dress she’s wearing.

On the verge of giving Marissa the music box Bianca changes her mind when Marissa says she is thinking of giving JR another chance. Despite her feelings, Bianca’s supportive if that’s what her friend wants. On her way out Bianca gives JR the music box and Marissa is thrilled when he gives it to her.

Being caught with a drink, Jane throws her arms around Jackson and says he saved her. Jackson asks Kendall for help with Erica and tells her that he found “Erica” about to take a drink. Jane tells Greenlee she thinks she’s found a buyer for the hospital, her. The two shake on it while a photographer snaps their photo. Jackson calls Kendall and Bianca and tells them about what’s been going on. He demands that Erica join him at Kendall’s house. There, Kendall and Bianca confront Erica about her drinking and her odd behavior. Jane says her behavior is due to her fear that the kidnappers may still be out there and makes her exit at the first opportunity she gets. Jackson tells a concerned Opal about Erica. Erica is excited when Ben enters the room and tries to get him to talk to her. He blurts out that he’s the reason Jane did this and he’s trying to repay what he cost her. Before he can continue Jane shows up.