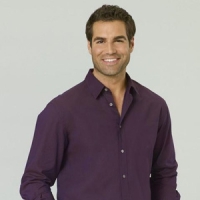 David says he could be back in power soon and he’d like Griffin to reconsider re-joining the staff as Chief of Cardiac Surgery. Griffin shares the good news with Kendall, no jail time, just community service for 6 months and he has to pay restitution for the drugs he stole. Excited, she throws her arms around him. Kendall’s excited for him and says she is counting on him to help her with the Miranda Center project. She also gives Griffin an advance so he can use it towards paying his restitution. Kendall catches herself and pulls back when Griffin comes close to acting on his feelings for her.

Bianca has admitted to Kendall that she’s falling in love with Marissa but Marissa has no idea of her feelings. Kendall’s worried that her sister might be closing herself off from something that could make her happy. Bianca pulls out a music box and contemplates giving it to Marissa. Krystal tells Bianca that she doesn’t blame her for the kidnapping and thinks she’s been an inspiration to Marissa. Marissa wants Scott to move back in so he can be with family. While JR thinks that having Scott around their family will only remind him of Madison and the baby she lost, he agrees to call a contractor to help finish the gatehouse. Out of earshot, JR offers the contractor double the money to make sure the gatehouse never gets finished. Marissa runs into Bianca at Krystal’s and asks her to join her, JR & AJ. Marissa thinks Bianca has been uncomfortable around her after what happened with Ricky. Bianca doesn’t want to avoid Marissa and starts to reach for the music box. JR tells Krystal that from here on out he is going to prove he’s the right man for her daughter.

Jackson’s surprised “Erica” is so accommodating when she signs autographs and takes pictures with her fans. Jane takes it a step further and steps up on a chair to announce that everyone’s meal is on her leaving Jackson charmed. Jack kisses “Erica” and admits he misses making love to her. Erica/Jane says that she wants their first time since being kidnapped to be like it’s their first time ever. Her demeanor changes though when he starts talking about Kendall and Bianca. Jane snaps at him, and later when she reaches for a drink at the bar, Jackson becomes alarmed. David approaches Jane on the progress she’s making and says she must work faster. Liza asks David what he’s up too.