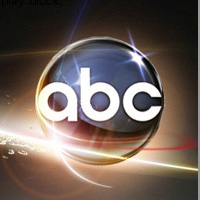 (SoapOperaNetwork.com) — On July 4th, 2011, the United State of America will celebrate the 235th Anniversary of the signing of the Declaration of Independence in which the United States officially declared its independence from the Kingdom of Great Britain. Like on Memorial Day, to deflect bad ratings due to the thousands of people out enjoying the federal holiday, ABC Daytime has chosen to air encore presentations. This is despite the fact “All My Children” is going off the air on ABC in September, and “One Life to Live” is going off the air on ABC in January 2012. Fittingly, ABC Daytime will use this particular day of celebration better known as “Independence Day” to reflect back on some major ABC Daytime characters declaring themselves free from certain constraints.

The following is a list of the encore presentations chosen to air for “All My Children,” “One Life to Live” and “General Hospital” on Monday, July 4, 2011: