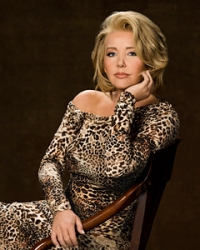 Ashley and Tucker took a walk in the park. The conversation comes up about Abby and Ashley's feelings about her daughter not being welcomed to the wedding. She admitted that while it is hard not having her there, it was for the best. Meanwhile, a hungover Abby is at Jack's. She told him about her breakup with Daniel, to which Jack commented on being broken up with Phyllis. As they are talking, Billy came downstairs and they both offer their support to him.

Daniel met Phyllis at Crimson Lights and discussed what Kevin's feeling are about Lucy being his niece. Daniel admitted that he hadn't talked to Kevin after what's happened to him and Chloe. He shared that he wondered what would happen to Lucy now that she's no longer with Billy and Victoria. Phyllis continued pressuring Daniel to take claim of his daughter.

Victor and Nikki are on the phone talking about Victoria when Diane descended down into the living room. Once his conversation is over, she questioned Victor on how Victoria is holding up. Victor brushed her off by telling her that she shouldn't worry about it; it's a family matter. When Michael arrived to see Victor, Diane excused herself, leaving the two of them alone. Victor tells Michael that he's aware that he's representing Phyllis. Michael explained that he was trying to help the families out privately. Too bad Victor couldn't see it as such and demanded that he tell Phyllis that she will no longer has him representing her.

Victoria told Nikki that she wondered how Lucy is doing and how she would respond to not having either her or Billy with her. She commented on how Victoria needs Billy by her side. Victoria, however retorted that it was because of him that Lucy is no longer in their lives. She asked her mother to give her time alone. Both Victoria and Billy, who was at The Athletic Club remember how they came up with naming their baby.

Phyllis wanted Daniel to admit that he could see himself bonding with Lucy and accepting her in his life. Daniel, however, told his mother that he isn't ready and truly wants Billy and Victoria to have her. Unfortunately, Phyllis continued to work on him, not so much for his well-being, but more so for herself getting what she wanted. begging him not to let the change slip away having Lucy as a part of their family. Meanwhile, Michael tried his best to explain his position regarding baby Lucy. Despite his explanation, Victor still managed get his way by threatening Michael with firing him if he goes against his daughter.

Jack tried to talk to Abby about being there at Ashley's wedding. Abby told him that things had changed since the last time he talked to her mother. He asked her what happened and she explained that Tucker managed to get Ashley to side with him on not having Abby at all at the wedding. While they talked, Diane showed up, ready to run her mouth about the latest regarding Victor. Before she could, though, she saw Abby, who taunted her to spill her guts as to why she was there wanting to see her uncle.

Michael met Phyllis to break the news that he would no longer be representing her in her desire to have custody of Lucy. Phyllis insisted that Michael stay on as her attorney but soon picked up on the fact that Victor steam-rolled him. Michael pointed out that Daniel doesn't want to take care of Lucy, but Phyllis barked that he does want to be a father to the little girl. Unfortunately for Phyllis, Michael pointed out that he knew the real reason why she's pressuring Daniel to fight for the baby; she wanted to make up for the lost time she had when Daniel wasn't with her as a baby. He told her that she would only hurt Daniel, as well as everyone else in the long run with her need to have Lucy. When the two friends hit a road block in the conversation, Michael left, to which Nikki witnessed. When questioned on what was going on, Phyllis lashes out that once again people bow to Victor to do as he wants when he snaps his fingers.

Diane lied to Jack saying that she was there to talk to him about Kyle. When he picked up on her excuse just as a ploy to get him to listen to her whine about all the things wrong in her marriage to Victor, she admitted that she thought it would be enough when she obtained the status of being his wife. She tried to seduce him but Jack pushed her away, telling her that the other night was just that; a night. He told her that if she had a problem with Victor and the way she is being treated, to take it up with him.

Billy headed back to the house and is surprised when Victoria enveloped him in an embrace. They sit down to talk about their feelings on how Lucy could be coping being out of the home. Victoria admitted that she's afraid of Phyllis possibly winning if they go to court to fight for Lucy. Billy assured her that they will get Lucy back. However, Phyllis, who was on the phone with Leslie Michaelson, told Jack, who overheard her conversation, that Billy better be warned that she's not giving up on getting Lucy. Jack explained to her that despite what she believed, she would be fighting the battle alone; not a Newman nor an Abbott would ever agree or side with her.

Abby and Daniel ran into one another and she immediately started to complain about the latest regarding Tucker McCall. Daniel thought she was just being over-dramatic and told her that while she was worried about having to deal with a new step-father, he had pressing issues of his own. Abby instantly took offense to his words and huffed off.

Nikki headed to the ranch to talk to Victor about her seeing Michael and Phyllis having a disagreement. Victor admits that he talked to Michael, but Nikki called it for what it was: his being there for their daughter. The two continue to talk about family and as Nikki prepared to leave, Victor pulled her into his arms, asking her to stay. They headed up to the bedroom, having sex, unaware that Diane had returned home. Upon entering the room, she saw them in bed and not missing an opportunity, whipped out her cell phone to take a picture of the two former spouses.