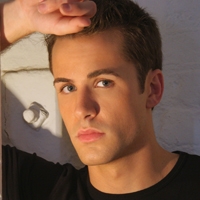 Chance tried to talk to an upset Nina at the Memorial Day picnic at the Chancellor estate, but she hurried off to be alone. As he entered the house to find her, he ran into Chloe, who had Delia with him. He scooped Delia up in his arms, as he asked Chloe if Nina seemed upset when she saw her. Chloe let him know that it's hard to watch a child leave.

In New Mexico, Sharon told Sam that she didn't think she could go to the fair, even though she knew Piper would want her there. Sam eventually went without her. Meanwhile, Nick and Adam met up with the forensics expert to get the true determination of the accident. When he stepped out, Diane arrived, which annoyed Nick. Adam told Nick that he wanted her to be there and that was all there was to it. Nick commented that she knew nothing about Sharon, so he saw no reason for her to even be there to begin with. Despite Nick's attitude toward her, Diane was determined to be there.

Heather met up with Paul for lunch and told him that she was headed out of town on business for Michael. Paul assumed that she wanted to take the offer primarily because she wanted to get her mind off of Chance. He told Heather that she should go say good-bye. She told her father that she didn't want to make things worse for him, especially on his last day with his family. She suggested he go so he could be there for Nina, but Paul, reminded her that things weren't the greatest between them. After some more discussion, Heather and Paul both decided to go say good-bye to Chance.

Chloe, alone with Chance, asked him if he was re-enlisting because of Heather. Chance told Chloe that Heather wasn't the only person that was important in his life: she was too. Chloe admitted that she had a hard time believing that, considering how things ended between them. As they talked more on their past relationship, Chloe told Chance that she was glad that they nave now grown to be friends. Both shared a tender hug with one another.

The forensic expert handed over the police report and the accident photos. Nick and Adam were determined to correct the error, thanks in part to the DA's thoughts on Sharon's letters to them and the children. Meanwhile, Sam and Piper are setting up at a picnic table when Sharon arrived, telling them both that she changed her mind after all.

Chance, still worried about Nina, told Phillip that he wished that he could do something to ease their worries. While they were talking, Nina walked back in, where she admitted that she needed to give him the appropriate credit when it came to his decision to re-enlist. Even though she is still upset, Nina finally gave Chance her blessing and hugged him. Back outside, however, Chloe hits a nerve with Jill where Delia is concerned. When Chance and Nina returned back to the rest of the family, she was upset once again when Paul and Heather arrived. Nina told them both that they were not welcomed to be there but Chance stepped in and said he asked for them to come. He took Heather off somewhere private to talk, while Paul tried his best to comfort Nina.

Nick decided to go with the expert over to the accident scene, while Adam opted to stay put. Nick said that once he looked over the accident site he was going back to Genoa City. Diane decided to stay with Adam, even going as far to offer to get a room, but Adam told her that he needed some time to clear his head. When she continued to press the matter, Adam cut her short and told her that he had to agree with Nick: she didn't belong there. Feeling the sting, Diane decided to quickly board the plane to ride back home with Nick. As for Sharon, she and Sam escorted Piper on over to the 4H event in hopes of winning the blue ribbon for best lamb.

Paul and Katherine talked on how Tucker was doing; she told him that he was hanging in there. He soon shifted the conversation to Katherine's request to search for Tucker's son. Paul admitted that it was going to be a tough task, considering that Tucker has been all over the place. Katherine said she would give him his private files so he could get started.

Nick was dismayed when he saw Diane boarding the plane with him. He wanted to know where Adam was, but she happily shared that he was still back in San Pueblo. When she saw that he was still annoyed with her, she said they can either converse or ignore one another; it would be a long ride back. Meanwhile, at the festival, Sharon and Sam share their excitement with Piper winning the blue ribbon for Fanny. When Sam said it would be time to go, they started to take things back to the truck, while Sharon cleaned up. As she looked up, she was shocked to see Adam standing not that far from her talking to someone.

At the Chancellor Mansion, everyone waits for Chance to come back to say good-bye. When he showed up in his fatigues, they all surrounded him, giving him hugs. Chloe, pulled Chance to the side and shared one last kiss with him. Murphy raised the flags in honor of Memorial Day and Chance heading back off to fight for his country. On the Next The Young and the Restless…