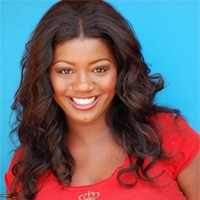 Malcolm and Sofia gush over the news of Sofia's pregnancy with Devon and Lily. When Lily and Devon both suggest to have a little celebration, Malcolm is all for it. Lily wants to call Neil but Sofia quickly balks at the suggestion of Neil coming there to join in. She leaves to head to the bathroom and when she returns, she tells everyone that she was just having a hormonal episode and that it would be great to have Neil come after all.

At the Athletic Club, Neil is sharing the pregnancy news to Olivia. She thinks that it's great thing for Malcolm to have his own baby. A clearly hesitant Neil says that he is happy for him to; but Olivia quickly picks up on his attitude. She assumes that he's not happy for Malcolm due to how he behaved after finding out about being Lily's father. Neil promptly erases her assumptions by telling her that he's happy with the news.

Things escalate at Billy and Victoria's home after Daniel signs the petition to give up his parental rights to Lucy. Phyllis tells them all that she's not letting Billy or Victoria have Lucy; she's fighting to have the baby with real family. Victoria becomes upset and begs Phyllis not to take her away; that they are a real family that cares for her. Phyllis brushes her pleas off and reminds them that Lucy was paid for. Her words anger Billy, who demands that she leaves. She huffs off, leaving Daniel, Billy and Victoria there at the house. Daniel tells the shaken couple that he'll do his best to talk to his mother.

Still locked in the closet by Jana, Kevin hits a nerve when he comments out loud to her that she is just like Daisy. She locked folks in a closet and Jana is doing the exact same thing to him. Jana opens the door and tells him that she ins nothing like Daisy. She leads him out and tells them that they are going to have a little celebration with one another. She handcuffs him to a chair and feeds him a meal similar to the one they had on their wedding night. She assures Kevin that she is going to do whatever it takes to make him forget about Chloe and fall in love with her again. Her thoughts are interrupted when the police arrive outside. Quickly rushing Kevin back into the closet, she chloroforms Kevin to keep him quiet until they leave.

Chloe and Gloria are determined to prove that Kevin is not a fugitive with Jana. They are looking at the video of the two of them at the train station when Chloe spots Kevin doing rock, paper, scissors. She tells Gloria it is a clue that he is trying to tell everyone that he is in danger. When they try to tell a police officer on the case about it, he scoffs and tells them that he'll give the theory to his boss. Gloria and Chloe are not pleased when he tells them that to him, Kevin is still a fugitive.

Michael breaks the news to Lauren that Daisy's baby is in Genoa City. He further explains that the baby is Lucy Abbott. Lauren freaks, afraid that now that Daniel has learned the truth, it will be only a matter of time for Daisy to find out too, and return to Genoa City. Michael assures her that if Daisy wants her freedom, she'll stay gone. When he tells her that Phyllis wants him to help seek custody, Lauren tells him that he needs to tell her no. Michael agrees and leaves to go meet Phyllis.

Phyllis and Daniel have it out at the Athletic club. He tells his stubborn mother that she has no say in who takes care of Lucy. Phyllis, not wanting to hear what he has to say, tries to work on him by telling him that he'll regret giving Lucy up. When she starts to point out how she never had the chance to be a good mother to him because Danny took him away from her, Daniel stops her dead in her tracks, telling her that she and he are nothing alike, and that he's doing what's best for Lucy. He tells her that Lucy is where she should be. A furious and hard-headed Phyllis tells him she's not giving up on getting Lucy back.

Neil gets a phone call from Devon, inviting him to celebrate at Crimson Lights. He asks Devon to put Sofia on the phone. He tells her that he wants to see her immediately. When she tries to get out of it, he tells her he can come over there to talk to her. She leaves and heads on over. Meanwhile, Olivia is disappointed when Neil tells her to go to Crimson Lights without her to celebrate. When she is heading out of the club, she doesn't notice Sofia arriving, making her way to Neil's table. Once there, the two of them bicker about the paternity of the baby. Neil wants a paternity test done; Sofia wants them to drop the whole matter and let Malcolm be happy. Neil warns her that if it's learned that he is the father, rather than Malcolm, he's telling his brother the truth.

Lauren stops by at Gloworm and learns from Chloe and Gloria about the clue that Kevin left on the video. She fills them in on Daisy's baby being in Genoa City after all. They are further stunned to learn that Billy bought the baby from a baby broker, and that Jana has been caring for the baby the whole time. A furious Chloe tells Gloria and Lauren that Billy isn't going to be caring for her child anymore, and that she is seeking full custody. She calls Heather and tells her that she needs her help seeking custody. Heather is at first hesitant, until she learns of Billy paying money for Lucy Abbott. She takes the case.

Michael arrives at the club to tell Phyllis that he will not help her fight for custody of Lucy. She tells him he's the only one that can help her and that he can't say no. The two go back and forth with one another when Lauren arrives, furious that her friend is trying to pressure her husband into doing what she wants him to. Feeling that Phyllis is being selfish and not caring about her own fears about making the custody case public, Lauren lashes out. Trying to calm the situation, Michael comes up with a solution that could help both of them; go to Billy and Victoria's to privately talk and make arrangements that can benefit both sides.

Olivia arrives at Crimson Lights to celebrate with the family. Malcolm tells Olivia that Sofia had to leave to meet someone for a quick meeting. When Olivia notices that she left her phone back at the Athletic club, she apologizes and heads back out to get it. Malcolm also departs, leaving Devon and Lily behind. As Lily is returning with coffee, the two of them notice flowers on the table. Reading the card, she deduces that it is Cane telling her to meet him at the cemetery. Meanwhile, at the Athletic Club, Olivia gets her phone, but spots Neil and Sofia together. When Neil leaves, Olivia approaches her and wants to know what's going on between her and Neil.

Returning back to Billy and Victoria's, Daniel informs Rafe on his trying to talk to his mother about dropping fighting for custody. Victoria thinks she can make Phyllis understand if she talks it out with her; to which the three men disagree on. Shortly after, Phyllis, Michael and Lauren arrive to the house. Billy is annoyed that Phyllis has returned but Michael does his best to try to defuse the matter by trying to get them all to agree to keep what goes on in the home between seven of them.