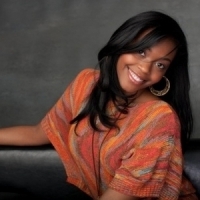 (SoapOperaNetwork.com) — They may not be headed for Peapack, New Jersey, but “One Life to Live” is currently filming scenes for an upcoming storyline at an unknown location. But just were are they going? London? Paris? The Bahamas? Not quite, considering the show’s budget and the fact that their last location shoot took place on the roof of their own New York City studios.

While it isn’t clear exactly which and how many of the show’s cast members will be participating in the location shoot, or even where it will be taking place, we do know that at least one actress, Nafessa Williams (Deanna), will be involved in the drama. On Thursday, the actress tweeted that she had “Just got[ten] to Llanview. In hair and makeup then off to shoot on location,” and said later that she was “Headed to the remote.” The day before she wrote that she had a “Super early call time tomorrow. Maybe I shld just go to bed now! Lol Breaking down these scripts…”

Judging from tweets by Williams’ co-star Kristen Alderson (Starr), the location shoot appears to have begun on Thursday, due to the fact that Williams responded to a comment Alderson made on Wednesday, which read “I had so much fun working with Andrew [Trischitta, who plays Jack] today..we got to play in Dorian’s pool (yes,it’s only 2ft deep.),” with “I saw you u guys filmin.”

It also looks as if Alderson may be involved in the shoot as well, tweeting to Williams that “haha I get to work with you Friday [May 20],” however she notes that she did not work on Thursday.

Look for the location scenes to air sometime this summer. So, let the fun begin…

Regardless of where they are filming, one thing is for certain. “One Life to Live” does a fantastic job with location shoots, especially when they are outdoors, which is good because they are typically done on the cheap. So where are they filming at this time? Keep watching to find out.