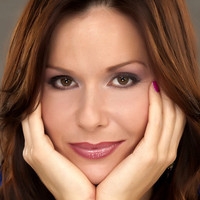 Brody confronts Todd about Bess’ claim that he knows where Marty is hiding. Todd hears out Brody and blows him off after gleaning that the information comes third hand by way of two alters. Brody nevertheless demands to search the house. Todd refuses but Téa grants permission. Brody finds no evidence of Marty but warns Todd to call him if Marty makes contact. Téa exits after Todd swears again that he knows nothing about Marty.

Tess interrupts Ford’s date. Tess one-ups Ford with news that she is awaiting Cutter’s arrival, and when he does come, they’ll be rich. Meanwhile, Cutter puts the screws to Viki and Clint. He demands scads of cash – and Asa’s mansion – in exchange for committing Tess to St. Ann’s. Tess flips out when Cutter clues her into his doublecross. Tess is dragged away while begging Ford to get her out of this and if he does, she’ll get him his son.

Blair receives a visit from Tomas. Now that he’s out of jail and the charges are dropped, he’s wondering if they have any possibility at a future. The two clear the air, kiss and decide to take things to another level. Meanwhile, James prepares a romantic evening for Starr. They decide to move their relationship along, much like Tomas and Blair. James and Starr check into the Palace and are about to go up to their room when they run into Tomas and Blair.