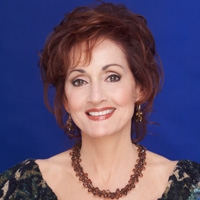 Dorian sees Access Llanview and gets whipped into a frenzy that charges against Clint have been dropped. Bo confronts Clint. Phyllis, on TV, says she’s about to drop a Buchanan bombshell.

Clint goes to Rex to find out how Shane is doing but they end up in a huge fight with Rex resenting Clint’s suddenly caring when he did so much to reject Rex. Clint is horrified to learn Shane tried to commit suicide.

Cristian visits Natalie to let her know that Marty is still carrying around her DNA test results. She tells Cris about her ending things officially with John.

Phyllis mentions Cristian was seen with Rama at the prison.

Marty asks John if he could change things and it turned out the baby was really his, would he forgive Natalie?

Rama and Nigel indulge together in their mutual love of Phyllis Rose. But Rama is horrified when the item about her and Cristian airs.