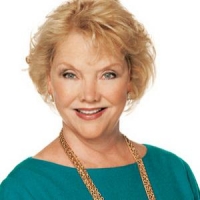 (SoapOperaNetwork.com) — In her first fan club newsletter following ABC’s cancellation of “One Life to Live,” Erika Slezak reflects on her 40 years on the show and previews what may lie ahead for both her and Viki.

Just hours after ABC announced they were pulling the plug on “OLTL” as of January 2012, Slezak released a statement to her fans, describing her sorrow that the soap will be coming to an end after more than 43 years on the air, which read “Please tell all our fans how deeply sorry I am to be losing this wonderful show that has so much heart and so much life. I will miss my work, my friends, my ‘OLTL’ family so very much. I consider this to be a terrible loss to the television community and especially to the New York community.”

In a bit of irony, Slezak was asked by TV Guide’s Michael Logan back in February her opinion of the rumors that “OLTL” would soon be canceled, in which she stated that “If we get canceled, we get canceled. What can you do? I’ve had 40 years — that’s 38 more than I thought I was going to have. I can’t complain. And I did what my father said. [Laughs] I saved my money!”

In her latest online newsletter, the actress again reached out to “One Life” viewers, saying that “As I said, I am so deeply sorry to be losing this wonderful show, and I know the ‘OLTL’ fans are the most passionate and certainly most loyal group of all of daytime. As far as discussing the cancellation today, I just want to say that I don’t want to dwell on the closing of the show. We will deal with that in the future, as we have another 7 months, and we are going to be telling wonderful stories, and it is going to be a very exciting time for the show – lots of good things apparently in store for everybody!”

She also expressed her sincere gratitude and appreciation to all her loyal fans, friends, former “One Life” cast and crew members, and to everyone else who shared their kind words and memories to her in a special guest book, which was recently presented to Slezak by members of her official fan club. “I was so overwhelmed and blown away by everyone’s kindness. It literally took me days to read through the booklet because I was so touched by the messages, that I couldn’t read it through from start to finish. I don’t know how you all did it,” she remarked.

In addition, Slezak also talked the complexities of filming “OLTL’s” recent special episode, which was dedicated to Viki and some of her alternate personalities Niki Smith and Jean Randolph, explaining that “They hired really nice, good people [for body doubles] who understood exactly what it was they had to do. It is not an easy thing to do because they can’t really act – they just have to feed me the lines, because if they start giving a performance, then I get confused as to what I’m going to do, and I have to react to what I’m going to do. And that is hard because – especially playing Viki first and reacting to Jean and Niki – I have to, in my mind, not listen to the actor playing the part – I have to know exactly how I’m going to be reading the lines and reacting to that.”

When asked about her some of co-stars, she confirms that Brian Kerwin‘s (Charlie) departure was “storyline dictated” (he last airs Wednesday, May 11), and reveals that Kim Zimmer (Echo) is still with “One Life” and continuing to tape more scenes, but that she did take a brief hiatus recently to appear in the play “Curtains” at a theater in Houston.

As for what lies ahead for Viki, Slezak hinted that, while she isn’t exactly sure what will happen to her next, she feels that her alter screen alter ego may be on the verge of reuniting with her two-time ex-husband Clint (Jerry verDorn), commenting that “I’m not sure where they are going, but it would make sense.”

And what about Slezak herself? With “One Life to Live” set to stop filming in November, is the actress still considering taking her annual summer vacation? “[I] Don’t know yet. I have to talk to [‘OLTL’ Executive Producer] Frank [Valentini] and see what he wants to do because I think after November I’m going to have a long vacation. So we’ll see,” she laments. However, she confesses that she hasn’t really thought about her next career move, saying only that “I called my agent and said ―’Find me a job!'” However, when asked if she would consider a role on a West Coast soap, Slezak said “Oh, absolutely!”