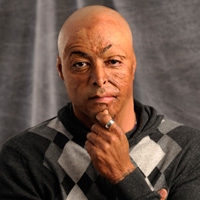 After seeing Jesse and Brot talking in the park, Liza tells Angie she thinks Jesse’s up to something since she’s seen him in a few suspicious situations. She’s telling Angie not because she wants to take Jesse down but because she’s hoping Angie can pull him from the edge before its too late. Angie questions Jesse on why he told Brot he owes him. Jesse covers but Angie picks up on his tension.

The tension between Ricky and Bianca continues. When the family is all together Ricky proposes to a stunned Kendall. Privately, Kendall asks an upset Bianca to trust her. Kendall deduces that she has to accept Ricky’s proposal to get what she’s looking for. An emotional Kendall removes her wedding ring and allows Ricky to place his engagement ring on her finger.

Jane continues to embrace walking a mile in Erica’s shoes. “Erica’s” odd behavior continues to confound Jack, Kendall and Bianca a bit. Jane as Erica completely writes off Jackson’s confession to kissing Krystal, is overwhelmed by a visit from her grandchildren, delights in the possibility of getting a meal from Krystal’s restaurant and acts as an entertained spectator during Ricky’s sudden proposal. Jackson realizes Jane is not wearing his wedding ring. The real Erica, meanwhile, loses her cool in lock-up. Jane pays Erica a visit.

Tad tells Angie he has feelings for Cara but doesn’t want to let anything go further because of her and Jake’s past. Meanwhile, Cara tells Jake that remembering their past is not a bad thing because they’ve accepted the present. Cara tells Tad she’d like to talk to him about her and Jake and asks about Dixie. Kathy tells Cara that Dixie made her dad happy just like she does. Meanwhile, in an undisclosed area, the mystery woman who has carved a star in the wall is revealed to be a weakened but very much alive Dixie.