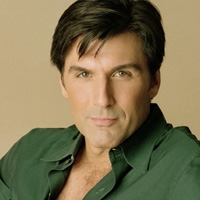 Ryan questions Greenlee about the lengths she went to in order to cover up Madison’s pregnancy. She admits she thought Scott and Madison could help each other and so she helped him get out of prison. Greenlee blurts to David that she hates herself for doing to Ryan what he did to her. When he questions her further she tells him to leave. Madison and Scott make love and both feel they are lucky to have each other. When Ryan shows up Madison tells him that whatever he has to say he can do so in front of Scott, she trusts him. Ryan tells Madison she might want to rethink her decision of allowing Scott to be in the delivery room when she gives birth.

Jackson gets an email from Erica saying she is not any closer to coming home and has a lot to work through. Krystal comes to Jackson and Bianca’s defense when they are bombarded by a reporter. They see a tabloid report bashing Erica and her children but Bianca is pleased with it, thinking the nasty coverage will anger Erica, causing her to return. Erica tries to escape but the captor sticks her with a needle causing her to pass out. After feeling bad for sticking Erica with the needle, the captor wants to make it up to her since Erica made the captor who he/she is today. Erica decides she wants her own books and clothes from her penthouse. The captor complies and retrieves her belongings.