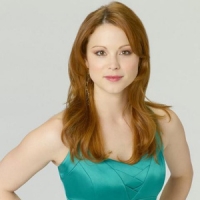 Marissa lends an upset Bianca her support upon learning about Erica’s kidnapping. Residents of Pine Valley are hurt and trapped in the rubble of the explosion. Jack rescues Erica from the rubble. JR arrives on the scene and helps Caleb rescue a badly hurt Asher. News of the rescues spread through Pine Valley. Kendall and Bianca both take notice of Erica’s odd behavior. Erica is allowed to go home after Jake checks on her. Before leaving, she shares a warm hug with a surprised Greenlee. The real Erica is shown still being held captive in the secret room; meanwhile, back at Erica’s penthouse, her impostor Jane basks in the life she has claimed as her own.

There’s tension between Bianca and Ricky and she claims she’s just concerned for Kendall. Ricky says all he wants to do is help Kendall. Griffin contemplates killing Ricky, but Kendall makes him swear he won’t do anything stupid. After attending to some patients Griffin realizes he’s a healer not a murderer. Ricky arrives just as Kendall and Bianca are discussing him. Kendall plays off Ricky and Bianca’s earlier encounter and defuses any doubts Ricky may have had concerning their relationship.

Scott, Ryan and Greenlee wait for word on Madison and the baby. Ryan sees his daughter before she is taken to ICU. Madison pushes Scott away. Marrissa lends Scott some support. Ryan reassures a concerned Madison about their daughter.