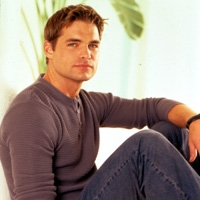 (SoapOperaNetwork.com) — A look at what’s happening on “All My Children” during the week of May 9, 2011.

Tad & Jake continue to clash over Cara. On Monday, May 9, Jake & Cara’s complicated feelings bubble to the surface after Jake is hurt. Amanda rips into Cara. Cara gets insight into Tad’s feelings for her. She later tries to put distance between herself and Jake. AJ gets in trouble at school after jumping to Miranda’s defense. Miranda explains that the kids were hassling her about her mother being a lesbian. Marissa takes a passionate stand when Bianca is confronted with a homophobic parent on Tuesday, May 10. JR uses the situation to score points. Griffin creates a distraction allowing Kendall to halt Ricky’s advances. Ricky swears Kendall won’t get away from him next time as he secures Jack’s yacht for their marriage ceremony. Griffin makes an admission to Kendall. Kendall is affected when Griffin has a close call with Ricky on Friday, May 13. Ricky becomes suspicious of Bianca.

The Inside Story: Rise From the Ashes
Following a tense confrontation about Jack & Erica, Bianca tells Krystal she’ll return her uncle’s phone to him as [Krystal] has already done enough. Jack turns to Caleb for advice. Caleb calls Krystal out on projecting her own agenda after she accuses him of trying to sabotage Jack & Erica. Later, Jack’s simmering resentment towards Erica gives way to a passionate moment with Krystal. Erica, meanwhile, tries to relate the urgency of the situation to Spike after he picks up Jack’s phone. The captor confronts Erica about her deception. Caleb interrupts Jack & Krystal with news of Erica’s unsettling call. Jack realizes Erica’s secret phone is gone. His worst fear is confirmed when he receives a ransom video. On Thursday, May 12, a stunned Erica comes face to face with the captor. Caleb & Jack realize Erica may be close to home. Asher insists on helping Caleb search for Erica. He picks up on a ticking sounds moments after they arrive at the quarry and suddenly there is a huge explosion. From the rubble, a female reaches out her hand to a disheveled Jack.

A Closer Look: Man In the Mirror
Madison confides her feelings for Scott to Ryan. Scott tells David to back off of Greenlee who is unreceptive to her ex-husband’s desire to soothe her. David listens as the pair relate to each other as kindred spirits of sorts. He swears that if he can’t have Greenlee than nobody can. On Wednesday, May 11, a cold David tells Madison that Scott is only with her to pay his dues to Greenlee. Emma realizes how much Greenlee means to her father. Madison confronts Greenlee. Greenlee affirms to Madison that no matter how things started with Scott that what he feels for is real. Madison suddenly keels over in pain. Greenlee calls 911, Scott & Ryan. Madison tells Scott to leave when he arrives to see her at the hospital. Ryan stops Scott from physically attacking David. Liza makes a decision about her future with David. Madison’s baby faces lethal complications and must be delivered immediately. Scott declares his love to Madison before she is taken into surgery. Greenlee is there for Ryan.