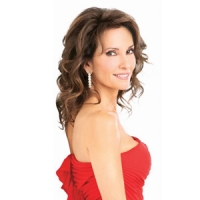 Tad confides his “romantic” dilemma to Angie. Cara asks Tad to tell her about Dixie. On Tuesday, May 17, Liza cautions Angie that Jesse is in trouble after spotting him in another suspicious situation. Angie confronts Jesse. Maya is affected when Opal fills her in on the history between Asher & Caleb. Frankie questions if Maya is having second thoughts. Greenlee & Emma offer each other support. Madison softens towards Scott. Ryan & Madison touch their baby daughter, Sara, for the first time on Thursday, May 19. Greenlee agrees to help Scott with anything he needs. Frankie gives Ryan bad news, as Greenlee tries to distract Madison. Ryan, Madison, Greenlee & Scott deal with a loss.

The Inside Story: Identity Theft
Bianca is comforted by Marissa as she waits for word on Erica. Meanwhile at the quarry, rescues and injuries proceed the explosion. Erica remains in captivity, as Jackson tends to her impostor, Jane. JR & Caleb tend to a badly hurt Asher. Back at the penthouse, Jane gets acquainted with Jackson. Jackson confesses his transgression with Krystal. Jane has her hands full when Erica’s family and friends gather to welcome her home. Erica cleverly feeds Jane some inaccurate information about her past on Wednesday, May 18. Jane faces off with Krystal. Asher struggles with a spinal injury and decides to move in to Wildwind. Caleb realizes JR genuinely cares for Asher. Colby reaches out to Asher. Opal confronts Jane; will she see through the impostor?

A Closer Look: Moth to a Flame
Ricky & Bianca have a tense discussion about her sister. Bianca is visibly unsettled as Ricky proposes marriage to Kendall … who accepts. Kendall pulls Bianca aside and reassures her. Griffin realizes the hard-drive of Ricky’s computer has been stripped bare. Ricky begins to open up to Kendall about his past. Kendall defuses a tense moment between Ryan & Ricky. Griffin fills Kendall in on his concern that Ricky is on to them. On Friday, May 20, Kendall ingeniously plays to Ricky’s desire to claim her as his wife after he finds her on his computer. Before heading to Erica’s, Kendall slips the computer with the original hard-drive to Griffin. Ricky ominously shrugs off Jane’s congrats after an encounter with Spike. Kendall rejects the idea of filling Erica in on the truth about Ricky just yet.