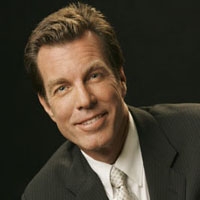 Abby, who is waiting for Daniel, runs into Jack at the Athletic Club. Seconds later, Neil and Ashley arrive to have a business meeting together. Moments later, Daniel arrives, followed by Billy and Victoria, who have baby Lucy. They are all talking when Jack drops a glass. Going over to see what's going on, Jack breaks the news to them that Sharon is dead.

Diane and Victor are basking in their night together when Nikki arrives with Faith. Seeing that she's upset, Victor asks her what's going on. She breaks the news to him that Sharon is dead. Victor and Nikki embrace, while Diane can do nothing but watch on.

Adam goes to the morgue to identify Sharon's body. When he walks in, the officer lets him know that the body has been badly burned. Once the sheet has been lifted, a devastated Adam tells the officer that it's Sharon. The officer wants to know if he's sure. Adam says that he is: she's wearing the engagement ring that he gave her.

A devastated Jack blames himself for turning his back on Sharon. When Victoria tells them that Nikki wants them all to come to the ranch to mourn, Jack lashes out and says he wouldn't miss a chance to go off on Victor; after all it was his fault for getting Sharon in the middle of he and Adam's fight. Billy talks him down, telling him that it's not the time, since the children will most likely be there. Billy offers to stay with Jack to calm him down, but Jack tells him to go ahead.

Nick and Phyllis, still in bed, basking in their second round of sex, talk about how bad they are. Phyllis says that they need to get going if they want to try to find where Adam could be meeting Sharon. As they are getting dressed, Phyllis gets a call from Jack, who tells her about Sharon's death. When she hangs up the phone, she breaks the news to Nick. Devastated, Nick can't believe that he let her down and failed to help her.

Everyone has gathered at the ranch. Victor has the jet ready to take him to get Noah. Victoria tells him that she's glad that he wants them all there to be together. He tells her it's important for Nick and Noah to have family to support them. Neil tells him that they didn't just come for them but also for him. He privately tells Victor that when things fell apart in his friendship with Sharon, Victor was the one to be there to help prove her innocence and that it will never be forgotten.

Jack arrives at the ranch and demands to see Victor. Nikki tells him that he's headed to New York to get Noah. Jack lashes out at her and Diane for standing by a man that has done nothing but caused misery to those around him. A frustrated Nikki ends the rant by walking away to go check on Faith. Minutes later, Jack reads aloud a report about an officer in New Mexico confirming that the body identified is definitely Sharon's. He's confused as to how Phyllis and Nick followed Adam to the Caribbean if Sharon and he were meeting up in New Mexico.

Adam goes to Doris to give her the bad news. She breaks down and lashes out that it's his fault that Sharon is dead. She tells Adam that it's because of him that her family lost her. She says that he only used her to get at his family for not accepting him. He gives her the letters that Sharon wrote; a bitter Doris asks him how could he not see that her letters were those of a woman that was going to commit suicide.

Victor picks Noah up in New York. The young man, not wanting to believe that the news is true, is devastated when Victor confirms that his mother has died. He feels guilty for the last words that he shared with her. Victor tells him that all families go through bitter times but the bonds of love are never broken. Noah asks how he's going to be able to deal with everything that has happened?

Jack, still determined to cast blame solely on Victor and Adam, is shocked to hear Billy tell him that while it is true that Victor and Adam played a part in things going wrong for Sharon, they were no better. They watched it all and did nothing to help her. He says that they all had a part in letting her down.

As her family and friends grieve her loss, Sharon, stumbles upon a barn. Deciding to make that her place of shelter, she grabs a couple of blankets and makes a bed to go to sleep. Shortly, as she is sleeping, a man walks into the barn and spots her. Nudging her foot, he startles her. Seeing that she is scared, the man tells her that he's not there to hurt her.