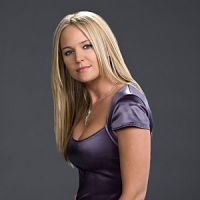 (SoapOperaNetwork.com) — A look at what's happening on "The Young and the Restless" during the week of April 11, 2011.

Sofia learns she's preggers; but who's the daddy? Things turn around for Gloria and Chloe. Billy questions Daniel on where Daisy gave birth. Someone pays Jana a visit. Lily gets the shock of her life when she's standing face-to-face with Cane.

The Inside Story: Sharon's "Death" Hits Genoa City
In New Mexico, Adam is still reeling over the Sharon is dead. He heads to the morgue to identify the body, unaware that the body is that of the woman that car-jacked Sharon. When he goes to view the body, the only thing recognizable is the engagement ring on her finger. Seeing that, Adam believes that it is Sharon. Meanwhile, back home in Genoa City, Ashley and Neil meet up for a busines meeting; Daniel and Abby head there too, along with Jack, Victoria and Billy, who also arrive. As they are going about their routine, a news report comes on, announcing the grim news that Sharon has died in a car crash. Jack's glass hits the floor as he listens to the shocking news. Jack comes from his workout and sees all of his friends and his family there. They are shocked and stricken with grief at the news about Sharon. An angry Jack lashes out at Nikki, pointing out that Victor causes nothing but harm to those around him. She rushes off to the ranch to share the news. Meanwhile, in the Carribbean, Phyllis and Nick and ready to head back to home when Phyllis gets a call from Jack. He tells her about Sharon's death. She relays the news to Nick, who breaks down in tears. Adam, in the meantime, after identifying the body, heads to see Doris to break the news. When he does, Doris, still upset at the way she and Sharon had left things, lashes out at Adam, telling him that he's been nothing but trouble for Sharon since the day he came into her life. He, in turn, throws it back at her by pointing out that she deserted her as a mother when Sharon needed her the most. Handing her the letter Sharon wrote for her, he leaves. It doesn't take long for Adam to find himself in trouble once he heads back to Genoa City. DA Walsh has him arrested for helping Sharon escape and he's hauled off to jail. While in jail, he is faced by Noah and Nick, who's returned home. Noah gives Adam the engagement ring and Nick tells Adam that he wants him nowhere near the memorial service. Victor has his say with Adam, telling the young man that he's nothing but trouble and that Sharon's death is his fault. He warns Adam to stay away from his family and the funeral. Unfortunately for the Newman family, Adam has plans on making an entrance when Sharon's funeral takes place.

A Closer: A New Name, A New Life
Unaware that her family and friends are grieving, a fragile and scared Sharon finds shelter in a barn. After taking a nap, she awakens to find a man standing over her. In an effort to defend herself, she grabs a pitchfork. The surprised man introduces himself as Sam and tells her that he doesn't want to hurt her but she is tresspassing on his property. When she realizes that he isn't going to hurt her, she becomes calm. Seeing that she's frightened and wandering alone, Sam kindly offers to give her a place to stay. Accepting his offer, Sharon introduces herself to him as Sheri Coleman.