Home / News / The Behind the Scenes Drama at ABC Daytime Keeps on Popping as Network is Now Being Sued! 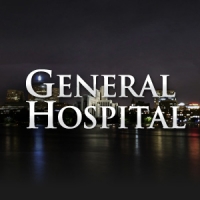 (SoapOperaNetwork.com) — Oh ABC, ABC, ABC…or should I say ABC Daytime? In the two weeks since you opted to cancel the soaps citing poor financial returns and low ratings at "All My Children" and "One Life to Live," which caused backlash within the television community, a major advertiser pulls their ads off your network and then the incompetence of your top dog is uncovered by an employee to the press. So what else could you possibly have up your soapy sleeve? How about your being sued by the children of the creators of "General Hospital" for missing profit margins! That's right folks, according to TMZ.com, the estate of Frank and Doris Hursley, the creators of "GH," headed up by their children, is suing The Walt Disney Company owned ABC for what they claim are missing profits from the syndication of the show. Yes people, this is directly related to SOAPnet's same-day airings of "GH." For those asking, SOAPnet is that cable network that just won't die fast enough for Disney's liking.

According to the lawsuit, the Hursley's daughters claim their parents struck a deal with ABC way back when … to reap 10% of all profits from the syndication of the show … but ABC hasn't honored the deal.

The daughters allege ABC has cooked the books for years — and has failed to pay the full amount owed to the creators.

The Hursley children do not specify how much money they believe ABC owes — but they want a judge to force ABC to open up its books to an audit ASAP.

I swear, the drama behind the scenes at ABC Daytime is the juiciest storyline we've heard about all year, although the network's "One Life to Live" is sure giving them a run for its lack of money with its SCANDALOUS and, dare we say, SHOCKING climaxes to its top stories set to air during the all important May Sweeps period, which will have millions of viewers on the edge of their seat. May Sweeps begins Thursday, April 28 in case you were wondering.

As a side note, TMZ thank you for exclusively breaking the story, but "General Hospital" is not "the longest running daytime soap in television history." While it is true that "GH" is the longest running currently airing soap, it is not the longest running ever – that title goes to "Guiding Light," which was canceled in 2009 by CBS. Otherwise, as I've said before, "As The Life of Children Turns" happens Weekdays Behind the Scenes at ABC. Never on TV. Of course, no "Hospital's" were physically necessary in this report.