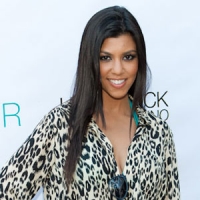 (SoapOperaNetwork.com) — The reality television darling told “Tonight Show” host Jay Leno earlier this month that after her one-day acting stint on “One Life to Live” as ambulance chaser Kassandra Kavanaugh (and yes, that’s with two K’s) she “felt like a prostitute. Like, [I was] being paid to kiss someone.” And to think that for decades Hollywood has called it acting. Guess that means that hundreds of people pimp themselves out every time they appear in a television show, either daytime or primetime…we may never look at Susan Lucci, Erika Slezak, or Jeanne Cooper the same way ever again.  Well, it is the world’s oldest profession after all.  But hey, at least she nailed (no pun intended) her scenes after all. Right? Well, not exactly; instead the criticism has been so harsh that Kardashian’s own mother has been forced to jump to her daughter’s defense.

In an interview with “Access Hollywood,” Kourtney’s mum Kris Jenner defended her daughter’s recent acting debut, saying “[Kourtney] was so excited to be asked to do [the soap]… and she did a great job.” [Her sister] Kim‘s done a couple of movies and Khloe’s done a thing or two, so every time somebody offers them a different role on a different project, I think the girls are really grateful that they get to have a new experience. Nobody in this family is trying to win an Emmy for anything. We’re just out there having the time of our lives, you know?”

And what about the kiss?  Locking lips with David Fumero (Cristian Vega) couldn’t have been that bad for the heiress, who admits to Leno that “I looked him up online. I’m like, ‘I need to see this guy. Is he 99 [years-old], like, what is he?’ And he’s a very handsome guy. So that makes it easier. I probably ate a hundred mints that day. But I’ll still such a prude.”

Webster’s defines a prude as “a person who is or claims to be easily shocked by matters relating to sex or nudity and excessively concerned with being or appearing to be proper, modest, or righteous.” So is Kourtney Kardashian really a prude?  Judge for yourself, and tell us what you thought about her day in Llanview.