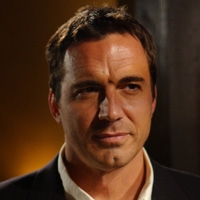 (SoapOperaNetwork.com) — Is Patrick Thornhart (Thorsten Kaye) on his way back to Llanview? Rumors are flying after “One Life to Live” issues a surprising casting call for the role.

On Wednesday (April 13), “One Life to Live” announced plans to cast the dayplayer role of a “Thorsten Kaye Body Double” with “long hair,” reports Soap Opera Digest. Auditions are set to begin on Monday, April 25.

So could the (late) Patrick be briefly returning to help escort his lady love Marty Saybrooke (played by Kaye’s real-life wife Susan Haskell) out of Llanview?  Let us know what you think!