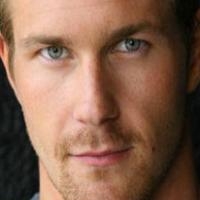 Despite Viki’s recovery, the appearance of her alters leads the judge to deny her bid for custody of Ryder. Tess and Ford’s celebration is brief, however, when the judge finds them unfit parents and intends to place their son in foster care. To everyone’s surprise, Aubrey convinces the judge to let her and Joey take temporary custody of the baby.

Kelly prepares dinner for John, only to learn that John is cancelling their date to have dinner with Marty. He explains that it’s a fact-finding mission during which he hopes to determine Marty’s real mental state and to learn what she meant by her threats against Kelly and her cryptic comments about her role in his breakup with Natalie. Before John leaves for his date with Marty, Kelly gives him the encrypted document she found hidden in Todd’s office. Marty happily awaits John’s arrival for dinner and is visited by troubled Dr. Buhari, who urges her to tell John he’s Liam’s father. Marty refuses and at John walks in on an argument that has him at its center.

Rex admits to Gigi that he was, in fact, behind Jack’s beating. Gigi confesses to her own crime, having taken the tape of Shane’s private psychiatric session from Buhari’s receptionist’s desk. Gigi and Rex prepare to listen to the tape, unaware that it isn’t Shane’s recording, but Marty’s, on which Marty confesses to having switched Liam’s paternity records.

Cutter and Aubrey continue to clash over her growing feelings for Joey. Dorian arrives to visit Clint and warns Cutter and Aubrey she’ll tell Joey the truth about their scam as soon as possible. After Aubrey leaves, Clint wakes up and talks to Dorian privately, blasting her for causing the severity of his condition by her refusal to get him help. Cutter overhears and at tells Dorian she’s going to keep his relationship with Aubrey to herself or the world will know she nearly killed Clint Buchanan.