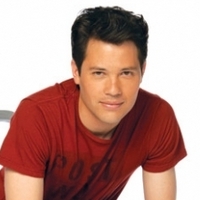 Natalie, having caught John with the baby’s sonogram, tears it up, exploding at him because he can’t have it both ways. He tells her she’s made it impossible to come home, and anyway the father is Brody. She gives him back the engagement ring and exits with Brody. Marty runs into Vimal who’s waiting for Rama at Statesville. Vimal questions why Marty spent so much time in the genetics lab the night he switched the DNA results. Marty, leaving, drops the real DNA results for Natalie and grabs it before Cris can see it. Rama continues to lie to Vimal that she’s pregnant and Vimal tweaks Cris by saying something about Rama’s “delicate condition.”

Tess and Cutter get steamy in the steam room until Ford enters. Ford orders Cutter to get his hands off his wife and threatens to tell Aubrey, Joey and Brody that Cutter is messing around with Tess. Cutter calls his bluff, saying he could blow the custody case sky high by exposing that Ford and Tess’ union isn’t a real marriage. Ford agrees he won’t tell anyone if Tess and Cutter decide to be together. Joey and Kelly have a huge fight over her relationship with John, in Aubrey’s presence. Kelly stomps off and Aubrey, upset, asks Joey if he’s sorry he married her.

Langston accuses Dorian of hiring Markko to direct David’s movie to get him back together with her. Langston and Markko agree they can work together, as upstairs Dorian and David make love, mull casting decisions, and agree that they can weather a long distance romance.