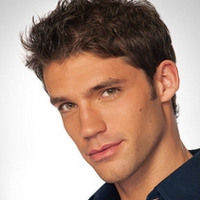 Marty covers to John, complaining that Dr. Buhari accused her of stealing the tape from her session. After Buhari goes, John plays along with Marty on their “date,” trying to find out what she’s hiding. She admits she has a confession to make, but before she tells him, she kisses him.

Gigi and Rex are about to listen to the tape they believe is Shane’s but is really Marty’s and Natalie interrupts. When they tell her what they were doing, Natalie offers to help them out.

Starr’s stunned to find Deanna still with James. They tell her Deanna’s story about why she broke things off with James. Deanna reveals that she’s staying in Llanview.

Dani tells Téa about the syringe she and Nate found in Todd’s room. Tea reveals that she was suspicious of Tomas but isn’t anymore. Téa is starting to lose hope about Todd, but she regains it. Blair and Tomas have their date. Tomas ends up disabusing her of the idea that she’ll find something out from him about whether he shot Todd and they kiss.Nate’s upset because Dani is mad at him for suspecting Tomas when they found the needle.

Shaun reveals his misgivings about Tomas.