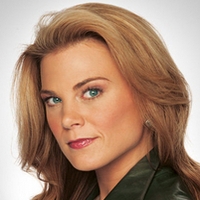 Langston learns Dorian hired Markko to direct David’s movie on Monday, April 11. David and Dorian discuss their future together, while Langston and Markko reach an undertanding. Starr and Markko reconnect. Langston and Starr reflect on their friendship. Later, Starr finds Deanna at James’ apartment. Tomas wonders if Blair is on to him. Téa grows concerned after talking to Dani, and searches her brother’s room. Tomas catches Téa in the act, but is caught off guard when she questions him about something she found on Thursday, April 14.

The Inside Story: One Day at a Time
Gigi and Rex wonder what is best for their son. On Wednesday, April 13, Shane confides in his parents. Blair learns of the suicide attempt. Jack refuses to say he’s sorry. Tomas raises Blair’s spirits. Jack gets a dose of tough lover from his mother. Viki and Clint discuss Shane’s problems. Jack is a little shaken up by his actions. Rex is furious about Clint’s sudden interest in Shane on Friday, April 15.  Clint, meanwhile, is horrified to learn that Shane tried to kill himself. Bo and Clint duke it out. And Dorian is upset to learn that Clint is a free man.