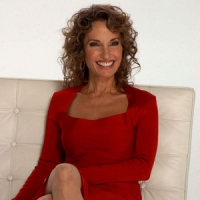 (SoapOperaNetwork.com) — After two weeks of driving soap fans absolutely out of their minds by neither confirming or denying rumors that “All My Children” was on the chopping block, sources close to ABC and “AMC” have informed both Soaps In Depth and Soap Opera Digest that Lorraine Broderick has signed a multi-year deal to take over Head Writing duties from Donna Swajeski and David Kreizman. Broderick up until recently served as “AMC’s” Associate Head Writer. While ABC is still remaining mum on cancellation rumors, the multi-year deal is a definite positive sign that the 41-year-old soap will likely remain on the air through the 2011-2012 season, despite rumors to the contrary, which Soap Opera Network sources have alluded to us all along.

Rumors of “AMC’s” cancellation started with a Daytime Confidential report posted in late 2010. On Monday, March 21, those rumors took on a life of their own when Hollywood trade Deadline.com picked up on the story. Susan Lucci, in particular, tried to ease the fears of millions of fans – in the middle of her press tour for her memoir “All My Life” – assuring them that all signs were good for the soap remaining on the air. TV Guide Magazine‘s Michael Logan shattered any calm Lucci restored when on Friday, April 1 he announced that a source close to him had revealed that ABC was days away from announcing the cancellation of both “AMC” and “One Life to Live.”

This will mark Broderick’s fourth stint as “AMC’s” top scribe. She was a member of the “AMC” writing team from 1979 to 1991; she served as an Associate Head Writer of the show from 1981 to 1986 and from 1989 to 1991. From 1986 to 1989, Broderick served in the positions of Co-Head Writer and sole Head Writer at the ABC soap. Broderick left “AMC” for a successful Co-Head Writing stint on CBS’ “Guiding Light” in 1991. In October 1995, Broderick returned to “AMC” in the position of Head Writer. Despite three consecutive Emmy wins for Outstanding Writing in a Daytime Drama Series, Broderick was fired in December of 1997 after a long period of then record low ratings. The popular writer quietly returned to handle the ship in the wake of Charles Pratt, Jr.’s firing in November 2009. Broderick was the unofficial top name in the writing credits for the soap from February 8 to May 11, 2010. Since handing over the reigns to Swajeski and Kreizman, Broderick has remained on the writing staff as an Associate Head Writer.

In January 2010, Soap Opera Network revealed that Kreizman and Swajeski had been hired on as “All My Children’s” newest Co-Head Writers. “AMC” would mark Kreizman’s third consecutive tenure as a Head Writer or Co-Head Writer on a soap opera. He was named HW/Co-HW at “Guiding Light” in 2004 and remained in the position until the show’s final episode on September 18, 2009. Kreizman had served on the “GL” writing team for about seven years prior to the promotion. When “GL” ended, Kreizman joined CBS’ “As The World Turns” as Co-Head Writer. He remained an accredited writer with “ATWT” until June 2010. Swajeski worked with Kreizman at “GL” as his Co-Head Writer from 2003 to 2008. Swajeski’s other Head Writing tenure was at “Another World” from 1988 to 1992. Right before joining Kreizman at “AMC,” Swajeski was writing scripts for CBS’ “The Bold and The Beautiful.” Kreizman and Swajeski were first officially credited for their work on “AMC” on May 12, 2010.

Broderick’s escalation to the top writing position puts Swajeski and Kreizman’s future with the soap in doubt. It remains unclear at this time whether the two will remain on the writing team in another capacity or if the network has released the duo from their contracts.