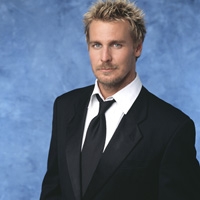 Concern for Michael is growing on several fronts. Abby counsels Michael that he has nothing to prove and instead should pursue the best life possible as Jason advised. Lulu visits Johnny, appealing to him not to involve Michael in the mob. Dante gets word there is cell phone footage implicating Michael in Brandon’s murder. Ronnie advises Michael to confess or Dante will lose his badge.

Shawn refuses Jax, insisting he wants to see through protecting Josslyn from Franco. Carly and Brenda have a showdown and Carly warns Brenda NEVER to come between her kids and Sonny. Jax visits Brenda, and they get into a heated discussion over Sonny’s dangerous influence on children.

Sam enjoys teasing Jason about what happens during a gynecological visit. Carly finds Sam in tears after her appointment with Dr. Kelly Lee.