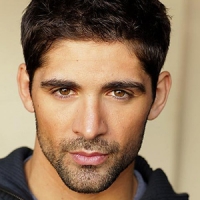 (SoapOperaNetwork.com) — As previously reported, NBC's "Days of our Lives" has cast actor Bren Foster in the contract role of Quinn, a "charming businessman with an edge. He can be clean cut or not. He is sexy, mysterious and savvy, has an easy way with the ladies but can be formidable if crossed." According to sources, Foster's first scenes will be with Nadia Bjorlin's Chloe Lane. The two will meet at the Cheatin' Heart, where Quinn offers to buy Chloe a drink and one thing leads to another (hello sexy couple), on Friday Thursday, May 5. The funniest part? Look for Quinn to mistake Chloe for one of the world's oldest professionals! No wonder Foster's hair looks a little gray on his first day.

Prior to joining "DAYS," Foster is probably best known for his roles in the Australian soap "Home and Away" and drama "Sea Patrol." He recently completed work on two American films, one called "War Flowers" where he played the role of John Ellis, a confederate sergeant alongside actors Christina Ricci and Tom Berenger, and "Bad to the Bone" where he portrays the title character Donnor 'Bone' Mason. He appeared regularly in the short lived National Geographic series "Fight Scene," which delved into the world of mixed martial arts, fighting back and special ops. Foster is also a World Tae Kwon Do Champion.

Foster was born in London and moved to Australia when he was three years old. He started his acting career while in high school.