Home / News / Brian Frons: The Ball is in Your Court 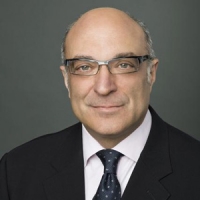 (SoapOperaNetwork.com) — This is not an April Fool's Day joke. After weeks of rumors and more rumors, TV Guide Magazine's Michael Logan is now reporting that both "All My Children" and "One Life to Live" are in danger of being canceled by ABC. According to Logan's sources, the decision to cancel both series will be made in the coming days in order to replace them with a talk show and a reality show. Jori Peterson, Vice President, Media Relations, ABC Daytime and SOAPnet, tells Logan that "I have no announcement, and these are just rumors that you are hearing. I am sorry to hear that they're escalating but I cannot confirm anything." Peterson, who has been unable to confirm cancellation rumors for months, nor could she outright deny them, has been bombarded with requests for comment by numerous press outlets in recent weeks since the story hit Hollywood trade Deadline.com. Since she can't answer the question, it is up to Brian Frons, President, Daytime, Disney/ABC Television Group, to step up and speak up. The sooner he does that, the easier we all can move on with our lives.

Since the cancellations of both "Guiding Light" and "As The World Turns" in 2009 and 2010, respectively, it was only a question of when, not if, another soap opera would be canceled. With CBS handing out renewal notices to both "The Young and the Restless" and "The Bold and the Beautiful," prior to ousting Barbara Bloom as CBS Daytime President, and NBC's 45th anniversary renewal of "Days of our Lives" back in November, that leaves only ABC without a definitive answer on the future of their soaps. Though it should be pointed out that ABC owns their soaps and does not do renewal notices for their programming, the network did sign "One Life to Live" Head Writer Ron Carlivati and Executive Producer Frank Valentini to new two year agreements in September 2010. While the two are currently contracted to the network through September 2012, there is no word if that guarantees them work only for as long as the soap remains on the air or if they'd be shifted to another position within the network. The departure of both "All My Children" and "One Life to Live" would leave "General Hospital" as the only remaining daytime soap on ABC. "GH" is currently the longest running soap still on the air and incidentally celebrated its 48th anniversary today.

Should the decision to cancel both series in the coming days, as reported by Logan, turn out to be true, it is expected that both soaps will be gone by the fall. In their place would be a talk show and a reality show. If the reality show is any similar to SOAPnet's "Southern Belles: Louisville" or "HoliDate," expect the cancellations of both long-running soaps to be in vain. The cheaply made, but poorly rated, reality series were canceled after their fist seasons. As for the talk show, it was reported back in November 2010 by Los Angeles Times reporter Joe Flint that ABC Media Productions had found the right man to co-host a daily talk show alongside Tori Spelling ("Beverly Hills, 90210"). ABC Media Productions is overseen by Brian Frons. According to the Times, Jeff Lewis ("Flipping Out") was hired to co-host the unnamed talker with Spelling. "In the test pilot show with Spelling last week, the two had good chemistry. The show, which is still in the development stage, wants to be a talk show version of 'Will & Grace,'" the report said at the time. When news initially broke, speculation went wild that ABC would be canceling one or more of its soaps this season and would replace them with this show, which has since gone nowhere beyond the initial pilot filmed in November or so we had been told. A similar scenario played out in the Summer of 2009 when ABC Media Productions was developing a talk show for Aisha Tyler.

While all we can do is report the news, it is now up to ABC and its parent, The Walt Disney Company, to make the news. The sooner they set the record straight, the sooner fans can continue to enjoy their favorite daytime soaps or move on as "Guiding Light" and "As The World Turns" fans have done (the cancellations of both brought no new viewers to current daytime programming).