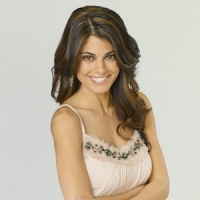 Griffin and Tad discuss the potential threats to Kendall and the need to look into the casino partners. Griffin downplays Tad’s comment that he’s her secret protector. The doctor promises to stay back until Tad gets the meeting with Diana. Griffin covers then abruptly leaves when Tad asks if he’s seen anything pertaining to the stolen drugs. Using a different name, Diana gains entrance into Kendall’s, claiming her car’s broken down. Luckily for Kendall, Ricky shows up and covers his surprise. On her way out, Diana warns Ricky that if he doesn’t take care of Kendall she will. Kendall’s shocked when she sees Diana’s credit card with her real name as opposed to the fake one she gave. Griffin covers his surprise when Kendall tells him what happened; he calls Brot to inform him the threat against Kendall is real. Unfortunately, Brot can’t offer much help since there is no substantial evidence. Griffin shows up at Kendall’s to watch over her but says he’s there to give her medical advice. In Diana’s hotel room Ricky kisses her passionately but he’s still upset she didn’t listen to his instructions. After he finds her knife and she says she would have used it on Kendall he starts to choke her.

Scott videotapes Madison and she tells her baby that they’re lucky to have Scott in their lives. Later, when they show up for a checkup, Ryan’s there and asks if he and Greenlee can join. Madison agrees but Greenlee and Scott decide to wait outside. Scott tells Greenlee he isn’t worried about Ryan and Madison but its obvious Greenlee isn’t as confident. In the exam room Madison and Ryan share a moment as they hear their child’s heartbeat. Ryan tells Emma that it was him, not Greenlee, who set up the appointment with the psychologist and she decides to go and get it over with. Afterwards, Emma reveals that she told the doctor she doesn’t want Greenlee as a stepmom. Unaware of this, Greenlee feels relieved when she gets Emma to laugh while telling her about her baby sister’s exam.

Marissa confides in Bianca that she feels a pull towards JR but is unsure why. Bianca says it’s because she’s helped him through a lot of tough times. JR asks Marissa to attend his two year anniversary of being sober at his AA meeting but she holds strong and says they are in the past and he must accept that. Later, JR witnesses from afar Scott putting his arm around Marissa. When Marissa notices Bianca and the bartender sharing looks she closes out her tab and hints that she should go and talk to Bianca. The bartender does but Bianca says she’s not ready for a relationship just yet.