Home / News / ‘Y&R’ Recasts the Recast with Schmidt IN! Kleintank OUT! 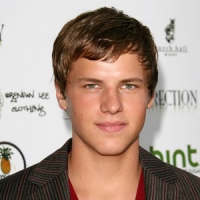 (SoapOperaNetwork.com) — Soap Opera Digest is reporting that Kevin Schmidt is heading back to CBS' "The Young and the Restless," after a year's absence, to retake the role of Noah Newman from the departing Luke Kleintank. Schmidt, who joined the drama series in August 2008 and left in early 2010, most recently starred in the Cartoon Network original series "Unnatural History." The series told the story of Henry Griffin, a teenager who had acquired exceptional skills during his travels around the world with his anthropologist parents. After getting in over his head with his crazy antics, he was sent to the United States to face his greatest challenge – High School. The series was canceled late last year due to low ratings.

On March 11, Schmidt posted a message on his Facebook page that he had "spent this morning in a familiar place my friends! Felt nice to be visiting. More details to come!" That rather random message was in reference to the actors return to the soap opera. According to a show representative, Schmidt's first airdate is set for Thursday, April 14.

For fans of Kleintank, don't expect to have seen the last of him. While Noah was recently sent to New York to pursue his music career, Soap Opera Network has learned that the actor will bring the character back to Genoa City right before handing the role over to Schmidt. No immediate last airdate was given for the actor at press time. Prior to joining "Y&R," Kleintank was best known for his role as Elliot in the widely popular "Gossip Girl" television series. In 2009, he appeared in episodes of CBS' "The Good Wife" and NBC's "Law & Order: SVU" and "Mercy."