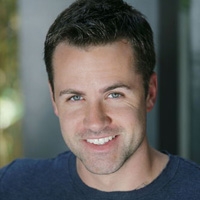 (SoapOperaNetwork.com) — A look at what's happening on "The Young and the Restless" during the week of March 21, 2011.

Abby takes it upon herself to have a press conference regarding her plans for the Naked Heiress. Wednesday, March, 23. Deacon goes to Nick and Victoria to talk about Nikki’s drinking. Victor warns Diane to keep her eyes off of Nick. On Thursday, March 24 Jana spots a note and Friday, March 25 Victor has yet another plan in store to get even with his children.

The Inside Story: Heather's Life Hangs in the Balance
Christine finally arrives to the courthouse and is ready to put Chance on the stand. Despite the text message that he received threatening Heather's life, Chance testifies as planned. Heather, who has been kidnapped and stashed by Angelo, tells him that Chance won't bail out of testifying against Pomerantz and Meeks. Her words are confirmed when Angelo receives a call from a shifty court guard telling him that Chance did in fact testify. Angelo gloats that nobody will find where she is. He gets in contact with the person who's hired him to do away with Heather, stating that he's not one to harm women. Angelo splits to get something to eat and to let someone else take over. Meanwhile, Paul is worried about where his daughter is and soon gets information from the FBI on a lead regarding the van that transported Heather away from the courthouse. They start a search, one that Chance wants to be involved in, admitting his love for her. Heather begins to panic when she realizes that Angelo isn't returning. Angelo, in the meantime, has informed the guard to make sure that Heather doesn't get away. Alone, Heather works hard to get free and when she does, she realizes she's in a taxidermy building. Thinking of finding a way to alert someone where she is, she starts a fire but before she realizes it, the fire has grown out of control. As time is running out for Heather, Chance finds her and takes her to a safe place. Alone together, the two share meaningful words.

A Closer: Adam Fights to Clear Sharon
Adam, determined to get Koa to talk, continues to press him for information. The two men soon get into an argument. Not backing down, Adam soon plots to get Koa drunk. The plan works, as Koa is staggering back to his hotel room to sleep it off. Adam is not too far behind and soon starts to search his room. As he he searching, he finds Sharon's missing camera. Going through it, Adam sees that her pictures and video she took are still on the camera. Adam realizes that Sharon's camera has the proof that she needs: her trying to save Skye's life. Before he can leave, Koa wakes up and hits Adam over the head, knocking him out cold. Meanwhile back in Genoa City, Nick is furious to learn that Sharon attempted to leave to go in search of Adam. When he arrives at the jail, he reams her out for putting Adam before their daughter once again. Not ashamed, Sharon tells Nick that she's going to do whatever it takes when it comes to Adam. Nick tells her that she's only proving that she's not the best parent for Faith to be with. Back in Thailand, Phyllis calls Nick to tell him where she is; stressing that she's going to find out what Adam is doing there. Later on, Phyllis and Adam run into one another, while back home, Sharon worries that time is running out for her.