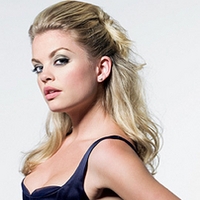 Jessica, having returned, is with Brody, demanding that Ford let her see her baby. He finally relents, and Jessica has an emotional reunion with Ryder. But when Brody and Jessica attempt to leave with their son, Ford, desperate to keep his baby, reminds her that Brody slept with Natalie, and that Brody has his own son. He plays up the fact that Brody hasn’t come to see Ryder, has instead been playing house with Natalie and Liam. Jessica succumbs to Tess again.

Natalie is devastated to find out that Bo’s arrested her father for Eddie Ford’s murder. John comforts her, but reveals that he knew Clint was under investigation and never told Natalie. Devastated Brody enters from having lost Jessica again. He and Natalie end up in each other’s arms – which John sees.

Blair gives John the photo Tomas had of her and Todd. She confesses that she was uneasy when she found Tomas alone with comatose Todd.

Dani tells her about Shane’s asthma attack and her suspicion that Jack was somehow involved. Blair doesn’t believe her. Jack is about to confess something to his dad when Starr and James walk. When Starr mentions Dani, Jack has some choice words about his half-sister – and about James.