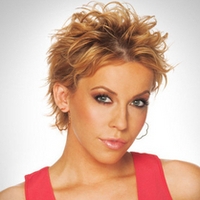 John and Kelly examine their new relationship. Roxy is furious when she catches Kelly in John’s bed. Roxy makes a compelling argument for John to reconcile with Natalie.

Rex confesses to Gigi his knowledge that Clint has had David Vickers locked in a Moroccan prison. Understanding all his reasons for having kept this information secret, Gigi urges him to tell Bo. Rex meets with Bo to do just that.

Dorian confronts Echo about sleeping with Charlie. Dorian admits she hasn’t told Viki because, given the current situation with Tess/Jess. Echo shows up at Llanfair and tells Viki there’s something she should know. Cutter comforts Dorian about David.

Bo, Nora, and Téa are shocked and dismayed as Clint is spared prison when Vimal claims sole credit for all the DNA test switching. Aubrey and Cutter plan to step up their efforts to get their hands on the Buchanan family fortune. Aubrey seizes on an opportunity to suggest that she and Joey move in with Clint at Asa’s mansion.